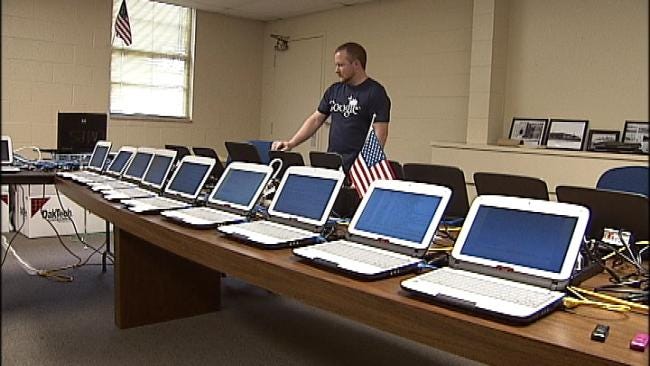 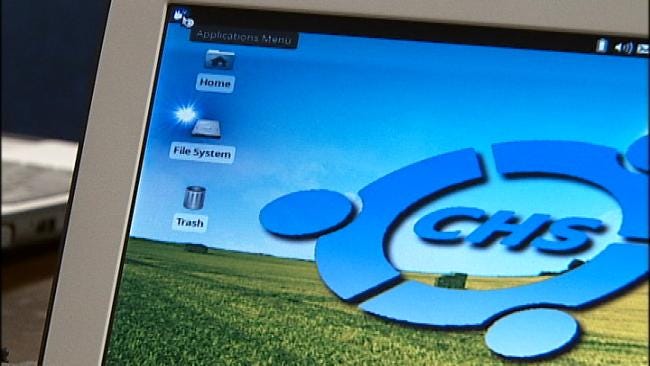 Technology giant Google is helping high schoolers in Chouteau reach the cutting edge of education. The massive Internet company is donating its time and expertise to give Chouteau schools a 21st century boost.

Row after row of laptop computers sit at Chouteau High School. The district has bought 250 laptops and plans to give them to every student and teacher in 9th to 12th grade.

The staff and students will have the laptops 24 hours a day, seven days a week.

"I'm excited, and I'd say the majority of us as a student body are excited," said sophomore Claire Mason.

To help get the laptops ready, technicians and computer experts from the nearby Google Data Center were in town. Google is helping the district load the computers' operating system as well as provide Google Apps and Google Drive.

The system will allow the district to store classwork, emails, anything needed for school.

"It's going to have a massive impact," said Wesley Scott, Chouteau School's director of technology.

Scott says Google's support and expertise will help this project move faster and with fewer hiccups. He also expects the laptops to make a big difference in the lives of the students.

Sophomore Claire Mason is looking forward to getting her laptop. She says being able to have one computer instead of several schoolbooks will be a big change.

"Hopefully we won't have fifteen textbooks in our backpacks anymore. We'll just have one laptop and that will have all of our papers and anything we need, that's it - that's the plan anyways," Mason said.

The school superintendent says the support provided by Google will help the district keep down its costs.

Google has made similar donations to Pryor and Locust Grove Schools.