Drillers Win Close One Against Midland 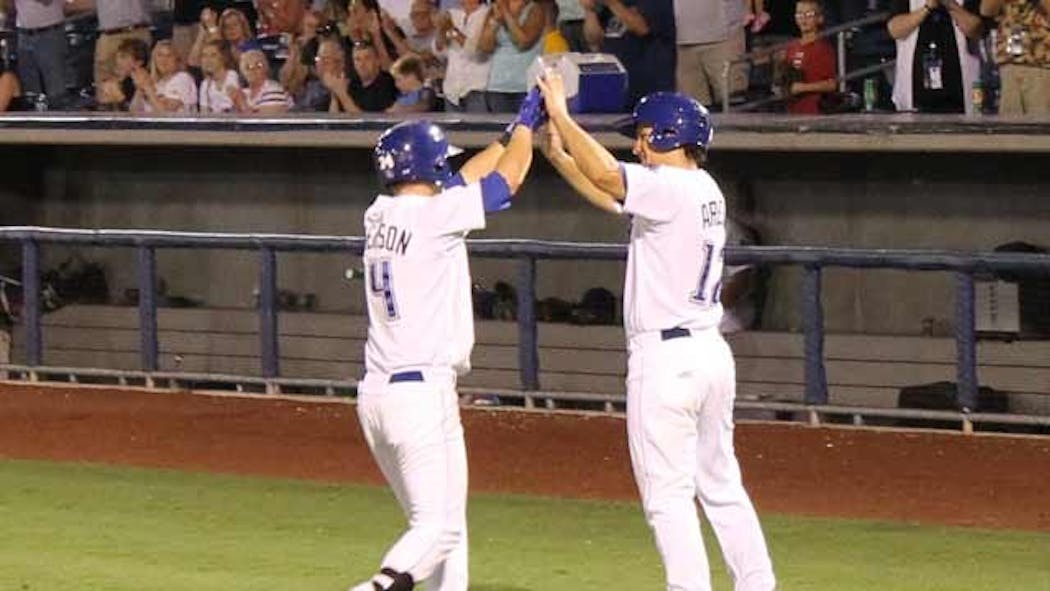 The Tulsa Drillers won their second straight game, taking a 6-5 contest against Midland.

The Drillers fell behind 1-0 in the opening inning but came back in the third with a pair of runs. Nolan Arenado got Tulsa's scoring started when he hit a sacrifice fly to center field to drive in Corey Dickerson. Then Angelys Nina singled on a line drive to center to score Jimmy Cesario for a 2-1 advantage.

Tulsa tacked on its third run of the game in the sixth inning when Corey Dickerson doubled to right field to score Tim Torres.

Midland pulled back to tie the game 3-3 with a pair of runs in the sixth and then took a 4-3 lead with a run in the eighth, but Tulsa wasn't done yet.

Midland scored a run in the ninth to pull back to within one run of the Drillers but Tulsa's Josh Sullivan was able to earn the save.

Tulsa returns home on Tuesday for a 7:05 p.m. start against Arkansas at ONEOK Field.