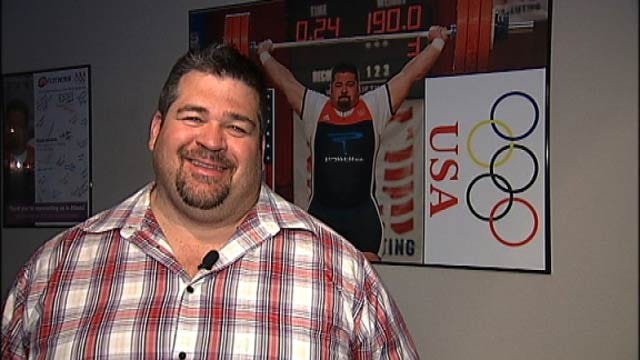 Shane Hamman recalls the feeling he got during his first Olympic Opening Ceremonies in 2000. The overwhelming feeling of patriotism rushed over him as the American flags waved all around him.

"It's something I'll never forget," he said earlier this week.

The memories will start flooding back to him starting on Friday when the Olympic Games return, captivating the globe for the next two weeks. Hamman, once the proud owner of the title of ‘Strongest Man in America', will be joining the TV booth in New York City as a broadcast partner with NBC Sports.

He will be calling the weight lifting portion of the games for a second time. He first called the Games for TV back in 2008.

"I didn't think they'd call me back," he said with a smile. "Somebody must have liked it."

Hamman participated in the 2000 Games in Sydney and the 2004 in Beijing. The competition experience helps him when he's sitting behind the microphone.

"I like comparing weights (competitors are lifting) to everyday things."

Hamman set the world record for the squat at 1,008 pounds in 1996. His wife converted their upstairs game room into a mini-shrine to Hamman's career, complete with medals, trophies and photos of him in his USA uniforms. There is even an autographed picture of former President George W. Bush that Hamman got during his trip to the White House. He's been retired from competition for seven years but can't wait to get back into the Olympic spirit this week.

He and his wife, along with their toddler and 2-month old, will spend the next 17 days in New York. The NBC weight lifting broadcast is done via media pods set up in the Saturday Night Live studios. Hamman and his partner will comment on the events live while watching over satellite. He had to put in extra time at his job on an oil rig to afford to get all of the time off for the Olympics.

According to a former world champion, it was all worth it.