Tulsa Zoo Loses One Of Its Oldest Residents 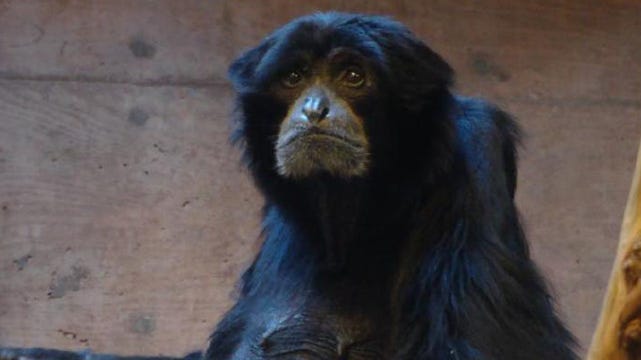 The Tulsa Zoo has lost one of its oldest residents.

The zoo said, "Suzy," the 46-year-old siamang, was humanely euthanized for an inoperable tumor Saturday.

Siamangs are a type of gibbon, or lesser ape.

Veterinarians at the zoo found the mass in the primate's abdomen during an exam, after having treated her for inflammatory bowel disease for several months. The zoo said vets considered surgery to remove the mass, but her prognosis for recovery was poor due to her other chronic illnesses.

In her 43 years at the Tulsa Zoo, "Suzy" gave birth to 11 offspring of her own, and recently served as a surrogate for an orphaned male siamang.

The average life span for siamangs in zoos is 30 to 35 years.

Tulsa Zoo Loses One Of Its Oldest Residents