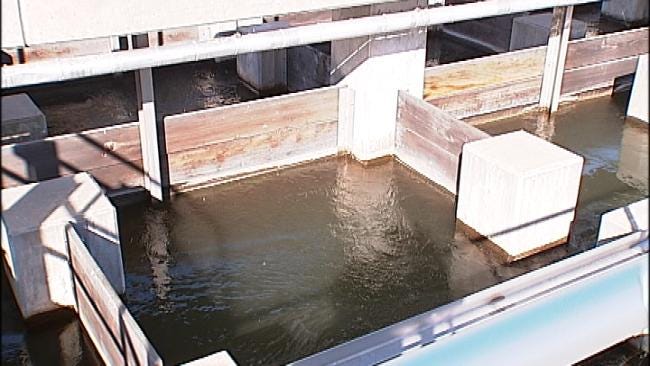 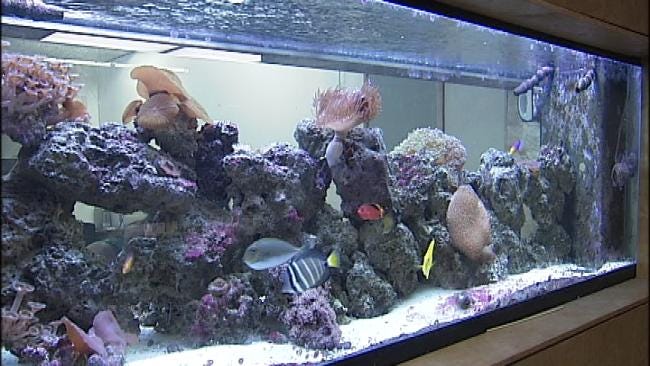 The city of Tulsa will soon start adding a new chemical called chloramine to our drinking water.

It's supposed to make water taste and smell better, but two groups need to take precaution.

Tulsa's water treatment plant will start adding chloramine to disinfect the water supply in addition to chlorine. The city had to change to meet higher standards for drinking water.

"We are switching to chloramines, because we are being required to meet more stringent EPA requirements," said Robert Brownwood, Water Supply Manager.

Tulsans should also have received a flyer explaining the change.

Chloramine is formed when ammonia is added to water. A typical person has about 2,500 parts of ammonia in their sweat.

Tulsa will be adding a half a part of ammonia to the water.

"We're adding such a small amount of ammonia that it is extremely diluted," Brownwood said.

For dialysis patients, chloramine, just like chlorine, must be removed from the water before it's used during treatments.

The city says all of the kidney dialysis treatment facilities in Tulsa have been notified and should have taken the proper steps.

Russell Goleman, with Tulsa Aquatics, said you will need to treat tanks and ponds to remove chlorine and chloramine.

"With the chlorine and the chloramines in it, you just put a different additive into it," Goleman said. "I've had a few come in who have a lost a few fish and didn't understand why, but mostly people just haven't heard."

Just get a product that removes chlorine, chloramines and ammonias.

Goleman said he has to restock his shelves now that more people are finding out.

According to the city of Tulsa, chloramine has been used in other cities for more than 90 years, including Oklahoma City, Sand Springs, and Dallas.

For more information on the changes to the city's water, click here.