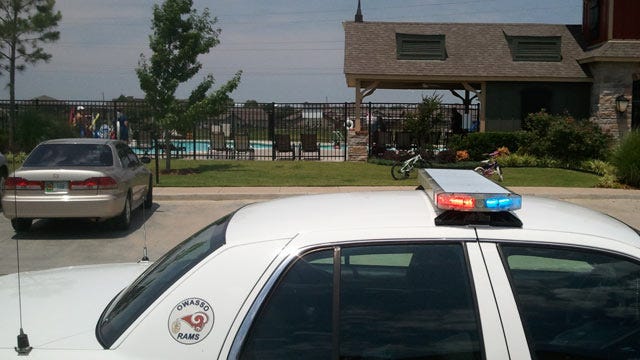 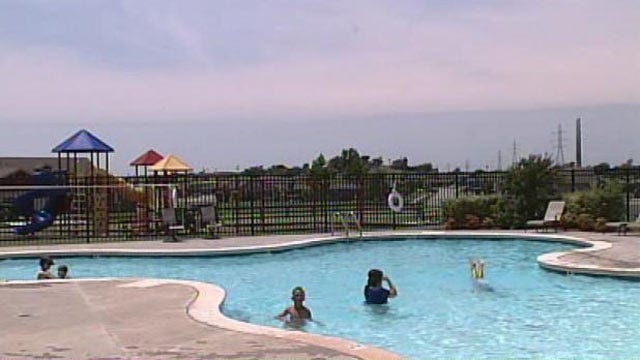 Summer fun at the pool turned into a nightmare for an Owasso family.

"I just saw someone pull the child out of the water and ask, 'whose child is this?'" said witness Melinda Solis.

Solis watched in horror as a 2 1/2-year-old girl's limp body was pulled from the Lake Valley Neighborhood swimming pool.

Someone started CPR on the child and several people called 911, including Solis.

"I just wrapped up my own child in the towel and just held him until the ambulance arrived," Solis said.

No one knows how long the girl was underwater.

Signs at the pool warn no lifeguard is on duty.

Swimmers are on their own.

"If there's any message from today, it's to realize that whether the pool has a lifeguard or not, its everyone's responsibility to keep an eye out," Chief Chris Garrett, Owasso Fire.

The City of Owasso does not have any ordinances involving lifeguards at pools because there are no city-run pools.

Last Wednesday, a 5-year-old boy drowned in an apartment swimming pool in Tulsa.

Police said the child was swimming with at least six other kids when he went under.

Just like in Owasso, no lifeguard was on duty.

Parents say they can see how an accident like that can happen.

"When you have 15 or 20 kids swimming in any given area, there's a lot of heads bobbing around and sometimes it's hard to keep track of your own kids," neighbor Rebecca Thirion.

Solis comes to the pool often and knows quickly things can change.

The Owasso fire chief believes today's incident was an accident and says no one is to blame.

At last check, the girl was in critical condition.