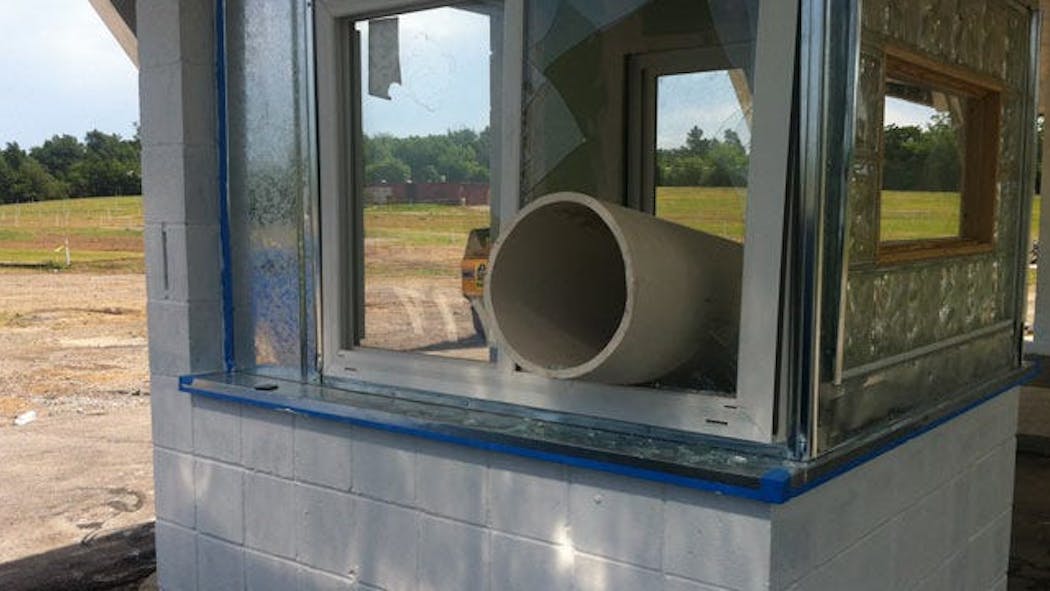 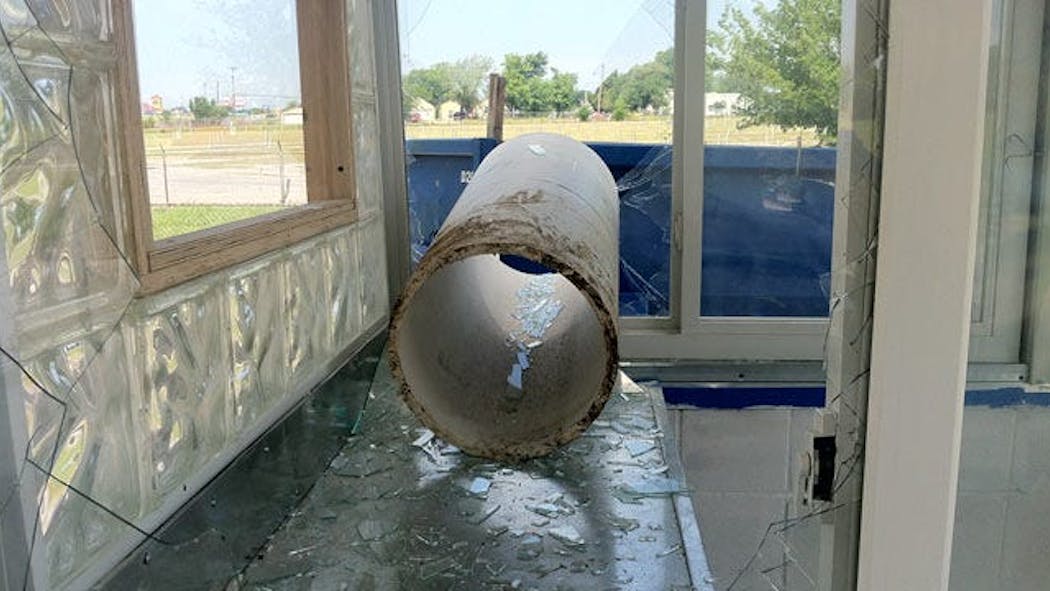 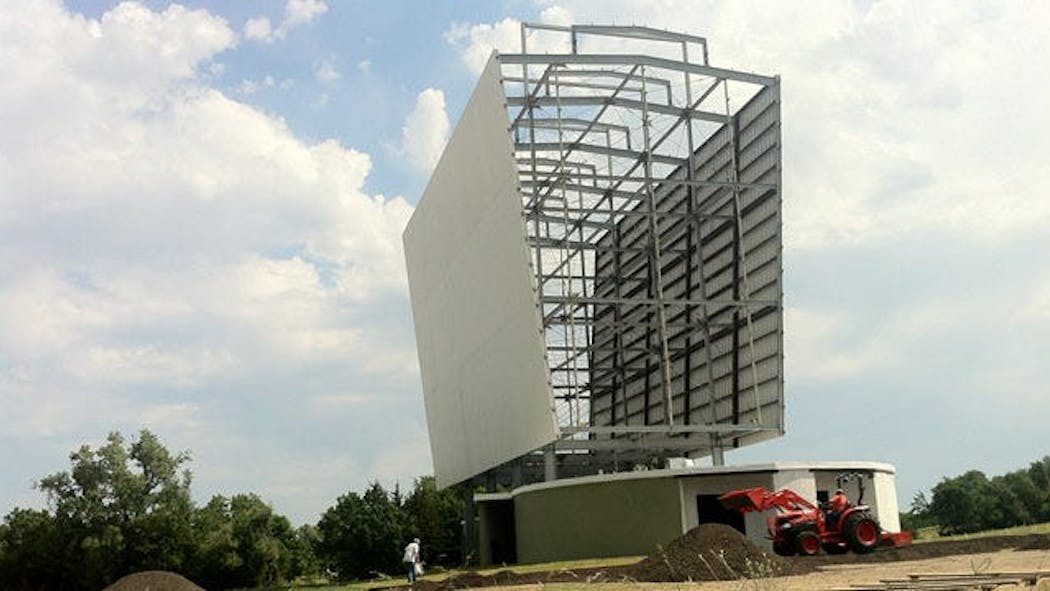 The Tulsa Admiral Twin was victimized by vandals shortly before its planned re-opening. Tulsa police were called to the iconic drive-in theater Saturday morning after construction workers reported the damage.

The damage is expected to delay the re-built theater's opening. Its wood-frame screens, built in 1951, were consumed by fire in September, 2010.

This time, the damage is to the new ticket booth and concession stand.

Owner Blake Smith said he was about 15 minutes away from the theater, located at 7355 East Easton, when he got the call about the damage.

Vandals shattered windows at the ticket booth of the theater, located at 7355 East Easton in Tulsa. They threw a section of PVC pipe through one of the windows.

Almost every ceiling light in the new concession stand was smashed. Shattered glass covers the floor with broken bulbs hanging down from the fluorescent fixtures. Vandals also apparently climbed on cabinets in the bathrooms, pulling them loose from the walls.

A construction supervisor tells News On 6 that they were hoping to open next weekend, but that looks unlikely due to the damage. He said the vandalism would have been done sometime after 9:30 p.m. Friday night.

"I don't think it's going to be a terrible setback," Smith said. "We'll have a couple of extra days work, but it's fairly small potatoes when you put it in the perspective of the screen tower burning down a year and a half ago.

"Unfortunately, things like that happen," he said. "You chalk it up to the youth, probably."

Smith said they will probably do a soft opening to try to get in at least a few of the summer blockbusters before having a larger grand opening at a later date.

Tulsa Police are investigating the vandalism.

Keep checking back to News On 6 for updates.