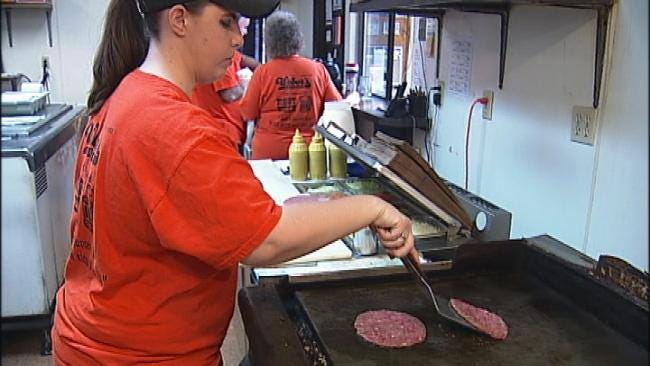 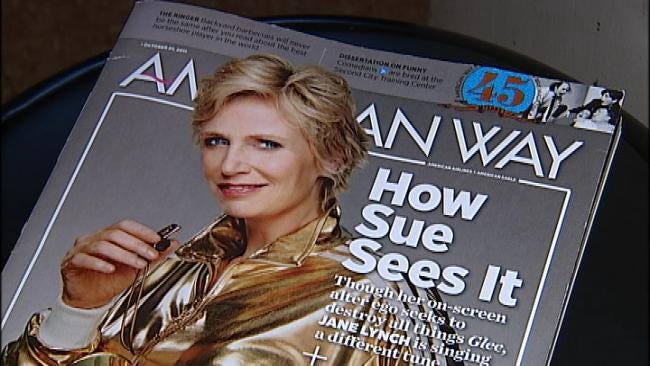 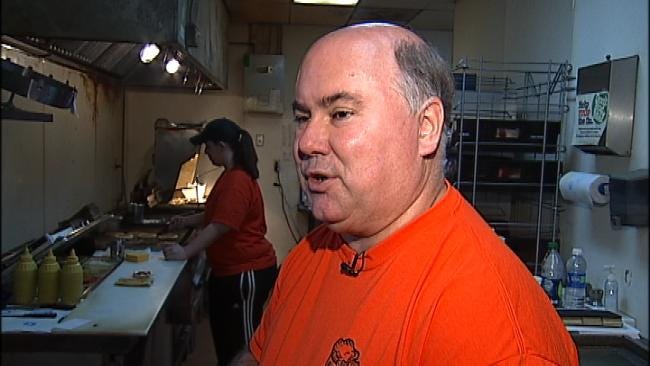 TULSA, Oklahoma -- When you are hungry for a hamburger you just want a burger, not a history lesson. Yes, but the history is interesting.

several places lay claim to inventing the first hamburger, and one of them is right here in Tulsa.

McDonald's claims billions served, but the first real hamburger may have been cooked on this grill more than 120 years ago.

Rick Bilby is the great grandson. He and his wife Jennifer and daughter Michelle own and operate Weber's in Brookside.

"We never knew we were so close to history on this," Rick Bilby said.

His great grandfather had Weber's grill made for his 4th of July cookout. He etched his initials and the date up in the corner.

"It's the oldest grill in America," Bilby

Natural gas heats it now, hickory wood did back then.

And that's what makes this first hamburger debate an argument. Lots of people cooked ground beef patties on a grill, some put them between slices of bread. 120 years ago Oscar Bilby put his on a sourdough bun.

Folks liked it so much they encouraged him to start a business, finally he did in 1933.

Our enthusiasm, notwithstanding, the author of the American Way Magazine article concludes it was not Oscar Bilby in Tulsa, but a guy named Fletcher Davis in Athens, Texas who was the first with a burger on a bun.