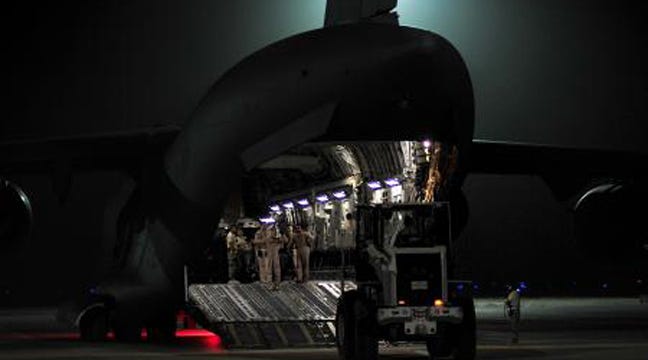 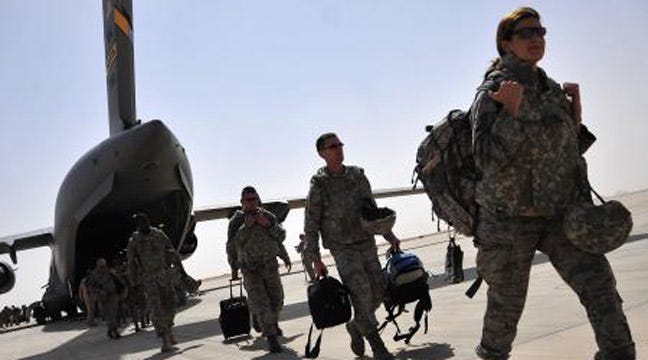 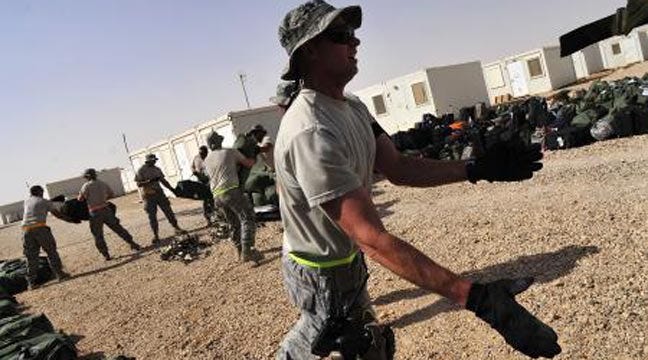 IRAQ - The 125th Expeditionary Fighter Squadron recently arrived in country and is providing air cover for U.S. forces as they transition personnel and equipment out of Iraq.

The unit went from non-existent to fully operational within nine days of arrival. Airmen overcame many obstacles and worked up to 17 hours a day to ensure facilities were ready to go when the jets arrived.

"During this historic undertaking to reposture personnel, equipment and bases, force protection remains inherent in every operation we undertake."

Since 1996, the 138th FW has deployed its F-16s 10 times in support of Operation Provide Comfort, Operation Northern and Southern Watch, Operation Iraqi Freedom and now Operation New Dawn. Many of these airmen have deployed several times together and some have known each other for as long as 30 years.

"Our squadron is truly expeditionary," said Poplin. "We received the call for this short-notice deployment and had everything packed and ready to go in a very short amount of time."

Normally, the unit is tasked to replace an existing F-16 squadron. For this deployment, however, they arrived at an empty facility, uninhabited for many years.

"My first thought was there's no way we're going to get all this done in such a short amount of time," said Tech. Sgt. Daniel Parker, 125th EFS network operations specialist and member of the advance team which set up the squadron.

"There was an inch of dirt on the floor and a lot of equipment strewn about."

The 125th EFS members faced several other major hurdles, including lack of communication and transportation.

"You don't realize how dead in the water you are until you don't have a phone, radio or vehicle and you're several miles away from main base," said Parker, a Tulsa native.

With a daunting task ahead of them, Parker and other advance team members went to work.

Along with Master Sgt. Ray Bohanon, another 125th EFS communication member, Parker set up 49 computers and 30 telephones. Furthermore, they helped members of the advance team sweep, organize and scrounge for as much furniture as they could find.

"Our people are tireless," said Poplin."They're improvising, rolling up their sleeves and doing what it takes to get everything done."

Parker added that many airmen went door-to-door trying to find what they needed. Although it was a struggle, he said the 125th EFS is now ready to go.

"I worked, went home, took a shower and was asleep 10 minutes later. That's how the last nine days were for me," said Parker.

"It was so overwhelming. The majority of time we were cursing under our breath, but looking back, it was all worth it."

The squadron will operate an alert fighter mission for the remainder of Operation New Dawn. When ground forces request air support, the jets will be overhead deterring enemy forces.

"The 125th EFS, serving alongside our active-duty Airmen, joint and coalition partners, is a perfect example of total-force integration, where everyone is working together seamlessly to accomplish the mission," said Maj. Gen. Russ Handy, commander, 9th Air and Space Expeditionary Task Force-Iraq.

"That mission is ensuring every U.S. service member and civilian transitions safely out of Iraq and on to their next challenge or home to their loved ones."