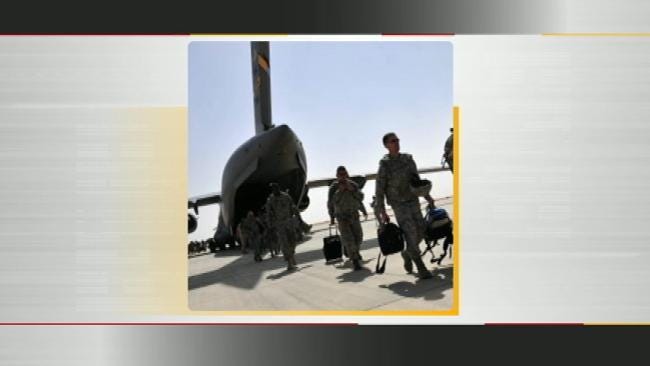 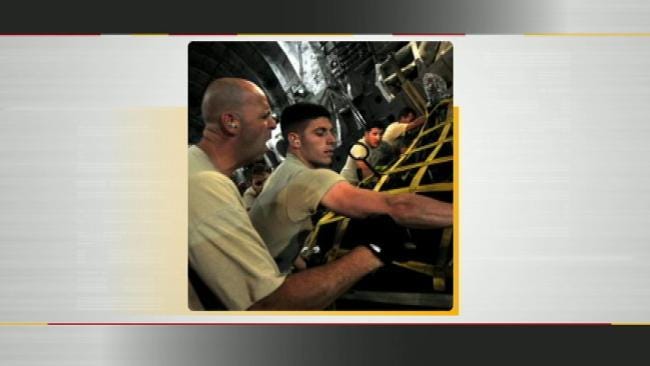 TULSA, Oklahoma -- Newly released pictures is giving us our fist look into the 138th at work in the Middle East.

They're there to provide cover as troops withdraw after eight years in Iraq. But the fliers' first mission was far from the cockpit.

Their mission: relieve an F-16 squadron and patrol the skies as 40,000 American troops prepare to pull out of Iraq.

But when they arrived, Tulsa's 138th Fighter Wing found their headquarters empty. No phones. No radio. No vehicles.

The 138th had to turn an abandoned building into a fully-functioning command center. That meant going door-to-door, begging for supplies and scrounging for furniture to provide space to set-up 49 computers and 30 telephones for 17-hour days for folks like Airman First Class Cary Wickersham of Stigler.

The team finished in nine days, just before their jets arrived; in time for them to provide the crucial air support they say they need to deter enemy forces.