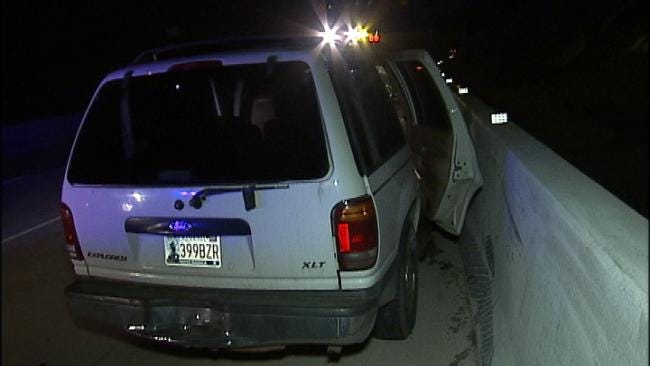 Troopers say the SUV was westbound when it hit the inside retaining wall on the northwest side of the IDL, causing it to roll 2 times. The SUV came to rest on its wheels.

Troopers say 28-year-old Felecia Alexander was injured and taken to a Tulsa hospital. She is listed in stable condition with head and internal injuries.