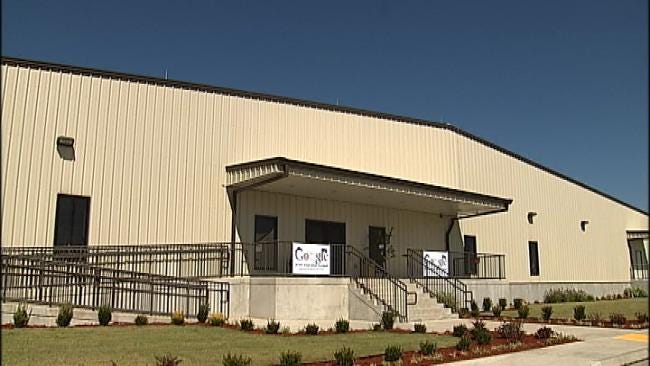 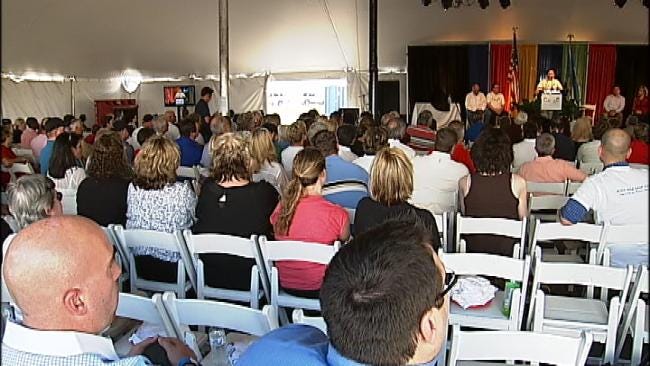 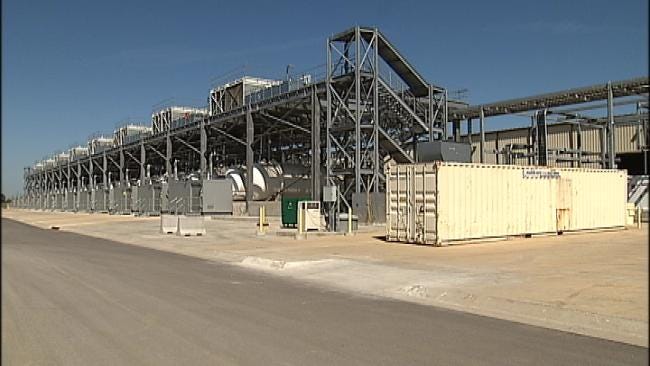 With lots of fanfare, free T-shirts, even Oklahoma's own Google Doodle, the internet giant moved into its new home. No introduction's necessary.

An invitation so exclusive, guests won a lottery to get past the front gate.

"You cannot board the bus to come here without it," said Tulsa resident Cathy Butler.

Google hired more than 100 people to work here. Inside the building are servers. Lots of them. Working around the clock to power Google's massive search engine.

"Right now you probably notice that those search results are pretty fast. The reason that we get those really quick search results is that we have data centers near our users," said Joe Kava of Google.

Google's made itself quite at home in Oklahoma. The lobby is decked out in Sooner State decor. The lobby is as far as members of the public are allowed to go for security reasons.

"It's not so much that it's super-secret but we invest a lot in the technology," Kava said.

You can see that investment in the size of the building. It's pretty big -- Google won't say how big, though.

Google also won't tell us how big the cooling towers are -- but they're pretty important.

"They're actually one of the key components by which we are able to operate our data centers with about only half of the power of a typical data center," Kava said.

Nearly 1000 people were wowed by the facility.

"I'm a computer teacher here at Pryor and I just wanted an opportunity to come out here and see what was going on," Robinson said. "The message is stay in school....Good career someday and this is what you could do."

Hoping the Google name lifts up Pryor's economy and its youngest innovators.