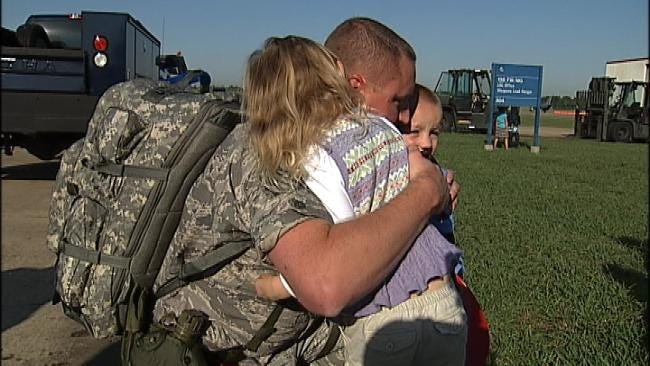 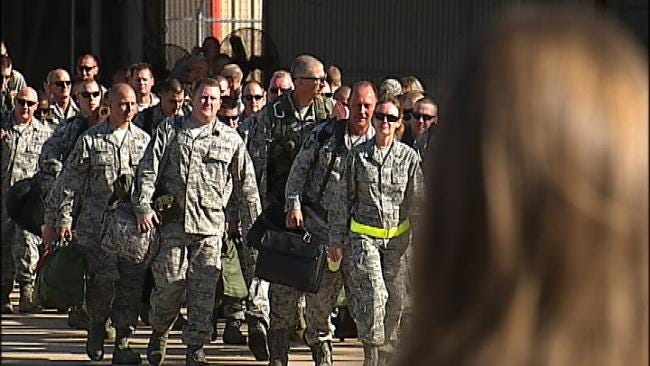 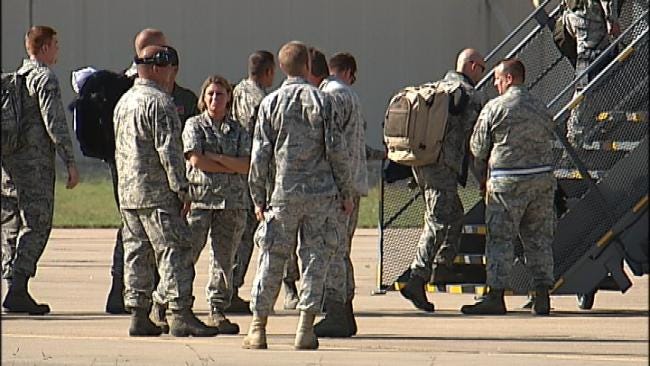 TULSA, Oklahoma -- The Oklahoma National Guard is heading back to Iraq. They were there when the war started and will be there when it ends.

More than 200 airmen and women with the 138th Fighter Wing deployed to Iraq Wednesday morning. The group will be one of the last on Iraqi soil.

Colonel Scott Rooks says they were only given two months notice about this deployment. Normally, they know a year or two in advance.

Rooks says that despite the short notice, the airmen were eager to pick up the trip to support the coalition and U.S. support out of Iraq.

"It's harder for them then it is for me. It's hard for me to leave them here but once I get over there I have something to keep my mind off and focused on the job to do," Vaughn said.

This is Vaughn's third deployment. He was one of 200 guard members with the Oklahoma Air National Guard who deployed to western Iraq Wednesday.

"We've got a great group of people out here that really worked their butts off and got it taken care of. It was amazing to see it all come together," he said.

Vaughn said they are eager for the mission.

"You know I'm ready to get over there and get settled in, do our job, and get back to these people here," he said.

But nothing eases the burden of the heartache of leaving the ones they love.

"I feel like it gets easier until the day he leaves. Then all the emotions just come rushing back," said Diane Vaughn, Scott's wife.

Colonel Scott Rooks says this is an historic deployment. The Tulsa F-16's will be the last fighters on Iraqi soil. He says the primary mission will be "alert."

"If any insurgent activity would try to attack or disrupt the withdrawal of the US and coalition forces, we'll be… airborne in minutes with armed over watch to support the withdrawal," Rooks said.

Colonel Rooks says this deployment is a kind of closure. They've seen the beginning and will finally see the end.

The guard members are scheduled to return at the end of November.