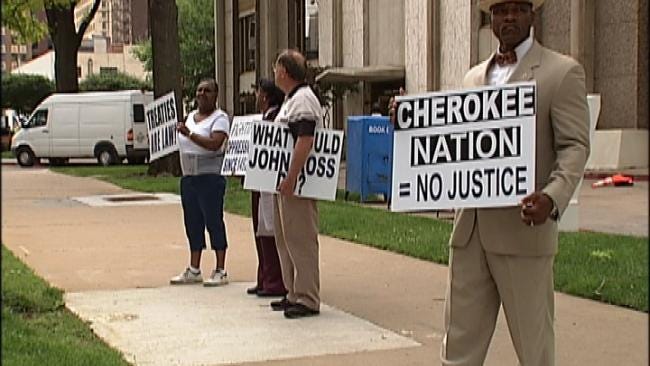 TULSA, Oklahoma -- A federal judge in Washington, D.C. is scheduled to hear arguments Tuesday on whether votes from Cherokee Freedmen should count during this Saturday's election for Principal Chief of the Cherokee Nation.

The tribe says the Freedmen are being allowed to cast provisional ballots that may or may not be included in the totals.

The Cherokee Supreme Court voted to kick out the Freedmen, saying members had to have blood ties to the tribe, meaning they could not vote in that election. That decision removed 3,000 members from the Cherokee Nation.