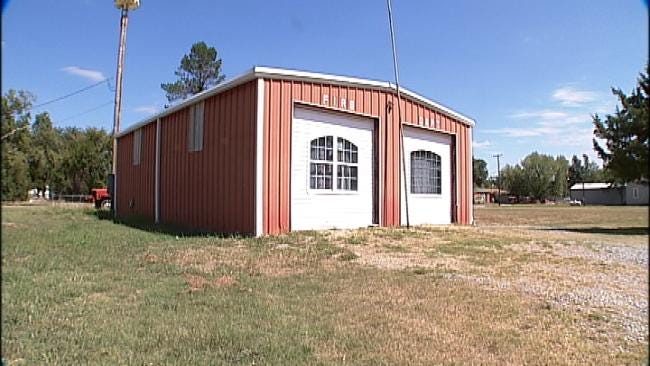 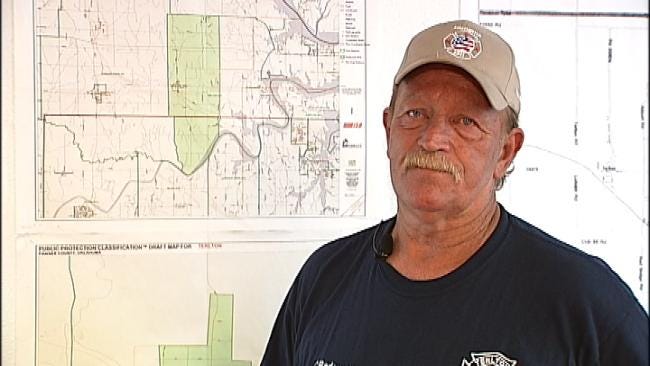 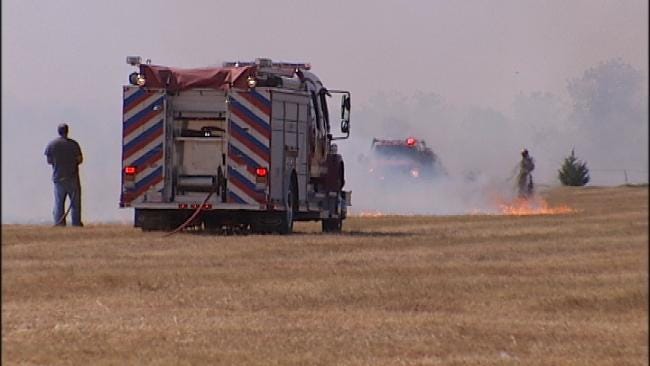 TERLTON, Oklahoma -- The chief of a Pawnee County volunteer fire department is wanted by the sheriff's office.

The Terlton Volunteer Fire Department had one of its busiest months in August when it battled a massive wildfire. The department is now facing a different problem.

"I'm taking this case as a very serious case because you're dealing with the citizens, the backbone with the fire departments," said Pawnee County Sheriff Mike Waters.

"I hope they arrest him. I think it's a sad deal that it even occurred," said John Harrod, Terlton resident.

John Harrod and his wife have owned the Terlton Grocery for 22 years. He even served as chief of the volunteer fire department.

Harrod says there have been suspicions of Chief Badgwell for several years and it doesn't surprise him that Badgwell is wanted for questioning.

"Unfortunately you have good and bad in every organization and he is just one of the bad people they got in a position that he shouldn't have been in this one," Harrod said.

The sheriff is not releasing how much money was taken. He also can't say whether that money was intended to help the volunteer fire department itself or if it was donations meant for the victims of the August wildfires.

Badgwell is no stranger to law enforcement. He was convicted in the '80s for possession of stolen property and in 2002 for false impersonation.

The sheriff says the fact that money is missing from a volunteer fire department and that the chief is wanted for questioning makes him sick.

"Fire departments and firefighters are in the same boat with the police officers and sheriff's department. They're there to save and help people, whenever somebody does something to that magnitude it just appalls me," Waters said.

It's believed Badgwell has left the state and John Harrod says Badgwell has family in New Mexico and California.

The sheriff is hoping to get arrest warrants later this week.