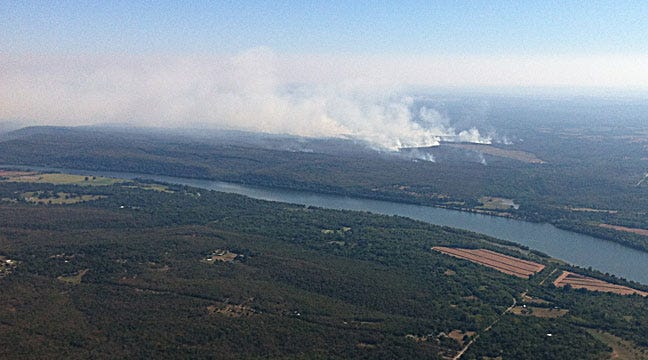 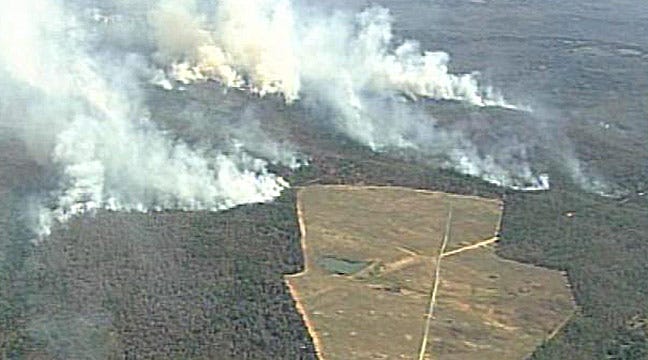 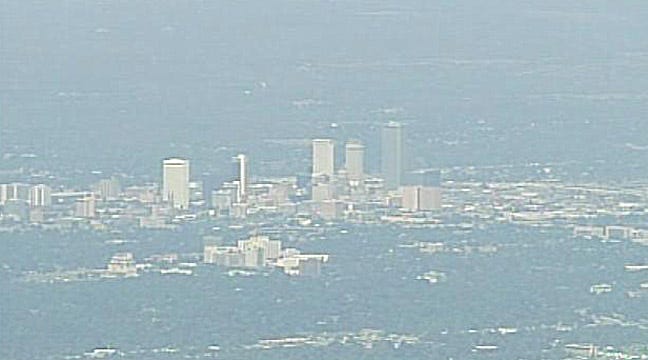 Smoke from that fire is being blamed for the haze over Tulsa and Sand Springs Monday morning. Numerous callers have told the News On 6 they are having respiratory problems from the smoke-filled air.

Camp Gruber base operation manager Bill Robinson says the blaze started from tracer rounds fired at the machine gun range. He says the fire was in an area of Camp Gruber that is rough terrain which made it hard to bring under control.

Robinson says Camp Gruber's own firefighters were able to control the fire by 6 p.m. Sunday. He says there were some minor hot spots, but by mid-morning Monday they are letting it burn itself out.

Robinson says there were no injuries associated with the fire.