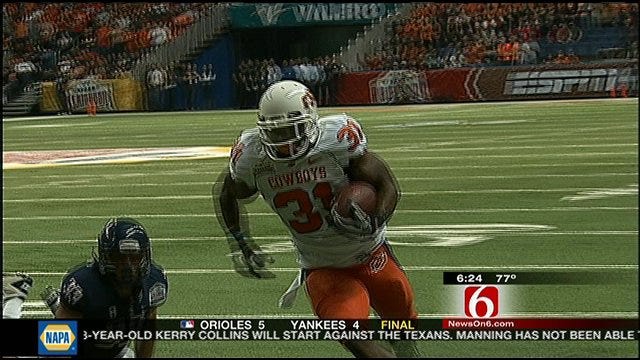 STILLWATER, Oklahoma -- The Arizona Wildcats will be without their leading receiver Juron Criner, who was unable to travel with the team due to an appendectomy underwent on Monday.

Criner missed practices on both Monday and Tuesday due to what coach Mike Stoops called "An undisclosed illness."

A UA spokesman tweeted that Criner is "Doing great. Hopes to be back for Pac-12 opener. Week to week."

He opened the season with six catches for 151 yards and a touchdown against Northern Arizona.

Arizona is already without starting defensive back Jonathan McKnight (ACL) and backup running back Daniel Jenkins, out for the second straight game with an ankle injury.

The Cowboys and Wildcats kick off at 7 p.m. on Thursday in Stillwater.