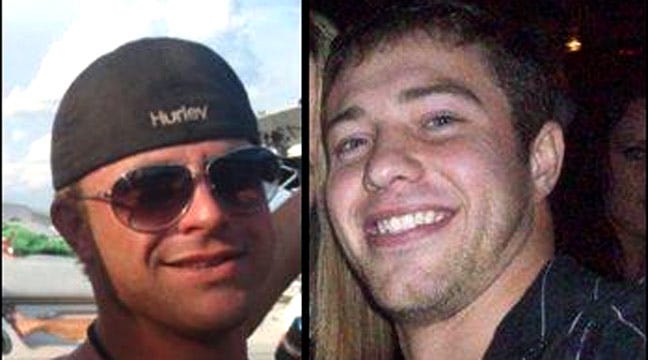 The two men were last seen Sunday in the Party Cove area floating on tubes at the rear of a stationary boat. Family friends found the bodies near the shoreline in the same area at 6:45 a.m., according to the Oklahoma Highway Patrol.

Betsy Randolph of the Oklahoma Highway Patrol confirmed that the area where the men were found had been previously dragged and scanned over the last two days.

She said one of the men had been missing for four hours and the other for six when the missing persons report was initially received.

Davis was from Lexington, Oklahoma and McClain from Shawnee, according to the OHP.

It's not known how the two men died. Family and friends say both Davis and McClain were avid swimmers who enjoyed water sports.

Their families used Facebook to ask for help in the search. More than 4,000 people offered prayers and encouraging messages on the social media page.