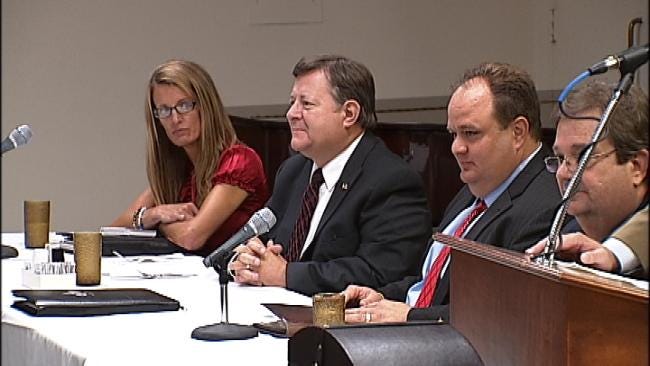 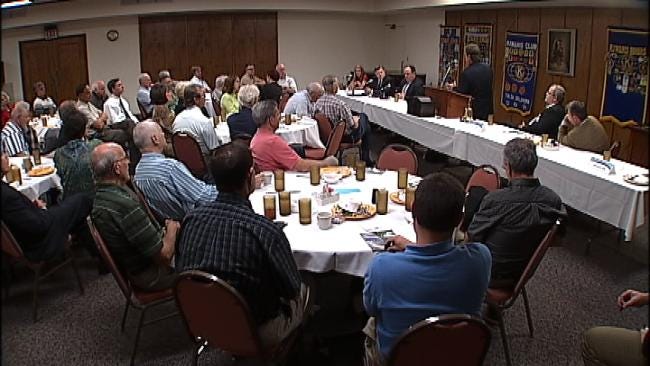 TULSA, Oklahoma -- The three candidates for City Council District 5 debated each other Monday afternoon before the Kiwanis Club in downtown Tulsa.

All three candidate said job creation would be a top priority while pledging they would lead an effort to make city politics more civil.

The race for a midtown city council seat is a three way challenge with all Republicans, two with city hall experience, the other the president of Tulsa's city wide PTA.

"I'm ready to roll up my sleeves and get to work for the citizens of Tulsa," said Karen Gilbert, City Council Candidate.

Gilbert says she wants to plow her organizational skills into helping her neighbors.

"I plan on taking that leadership to city hall, listening to the constituents and taking care of those issues with the mayor," she said.

Sam Roop is a former councilor and mayor's aide turned telecommunications consultant. He says experience would help him find savings in the budget, while his attitude would help resolve conflicts at city hall.

"You do need to be respectful of people and separate issues from personalities and I have always done that," Roop said.

And Chris Trail is the incumbent, who says he's managed to get results for last two years.

"Just know that I've stayed out of the fray, I've quietly gotten things a lot of things done in the district and in the city," Trail said.

All three candidates have been out in district five, knocking on doors to get votes. All three said Tulsans want to see less conflict at city hall, but disagree on how to get there.

Trail spoke for a change in the form of government.

"The city manager form of government seems to be more effective," he told the crowd.

While Roop and Gilbert argued against changing the charter.

"They're wanting a new council to come and prove, to have leadership," Gilbert said.

"The problem is the people, not the form of government," Roop said.

The candidates only have two weeks left to make an impression, before the race is decided in the primary.

The city primary is September 13th. In two districts, 5 and 1, only one party fielded a candidate -- so that election will decide who will be the next councilor.