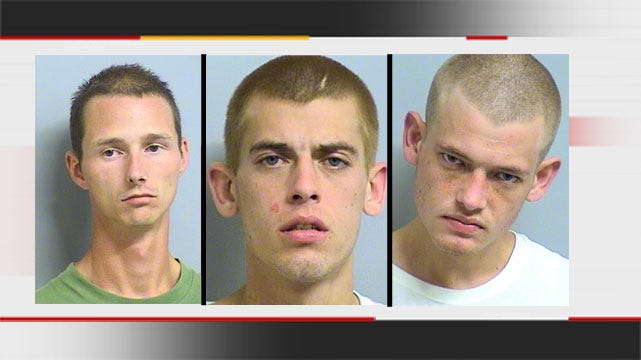 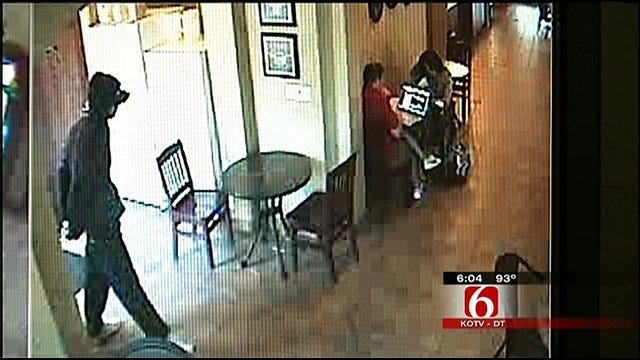 Lacie Lowry News On 6 and NewsOn6.com

TULSA, Oklahoma -- Three men arrested in connection to a robbery at the Kaffe Bona coffee shop in South Tulsa are in their preliminary hearing Thursday.

Micah and Kenneth Harris are charged with numerous robberies including the one at Kaffe Bona. A third man, Robert Tart, is charged as an accessory after the fact.

Kenneth and Micah Harris didn't look happy when  Tart decided to testify for the prosecution Thursday.

Kenneth and Micah Harris are charged with at least nine counts of armed robbery involving three robberies in June, including the June 19th hold-up at Kaffe Bona in South Tulsa.

"I had a little mark from the gun barrel; they had me down on the floor over there. They stuck a gun to the back of my neck," said Rob Smith, Former Kaffe Bona employee.

Smith testified that two men came in with guns, and one pointed the gun at his face and demanded Smith take him to the safe. He identified Micah Harris as that gunman.

Brian Gilley was in the café with his daughter the day of the robbery. He testified that Kenneth Harris got two inches away from his face and showed the pistol. Gilley gave up his wallet and his daughter's laptop.

"I was actually thinking how horrible it would be for someone to kill me in front of my daughter," he said.

Three other witnesses explained how they were all corralled into the restroom after giving up their things and also identified either Kenneth or Micah Harris.

Prosecutors allege the Harris' crime spree started June 16th, with a robbery at the Panteras Video on North Harvard. Two witnesses testified from that hold-up.

A third robbery happened at El Tajetero Mercandito on East 21st and the victim identified both brothers in court as the gunmen.

Robert Tart testified for the state that the Harris's showed him several wallets and a laptop on June 19th, then on June 22nd, they split several hundred dollars with him from another robbery.

For his testimony, prosecutors will give Robert Tart some consideration regarding his accessory charges. He'll be back in court on Monday.

Kenneth and Micah Harris will be back in court on September 6th.