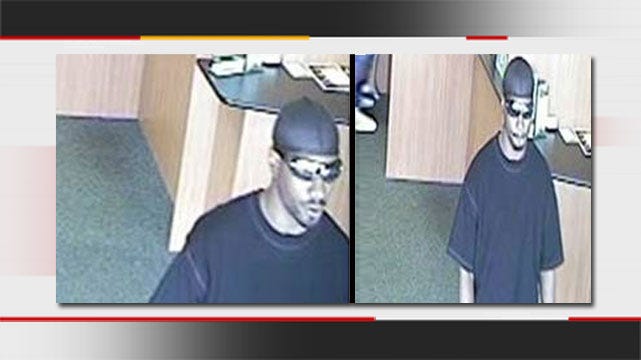 TULSA, Oklahoma -- Tulsa Police are looking for a man who they say hit two check cashing facilities the same day – but got away with money from just one of the stores.

Police say the suspect attempted to rob the first location at 4100 S. Garnet just after 12:30 p.m. Tuesday. When he failed at that attempt, he moved on further south to a second check cashing store.

This time the suspect was successful. Police say he was able to walk away with cash after pulling out a gun and robbing the store at 7100 S. Memorial.

Police released a photo from surveillance video showing the suspect as he left one of the stores.

If anyone has information related to this robbery they can contact Crime Stoppers at 918-596-COPS.