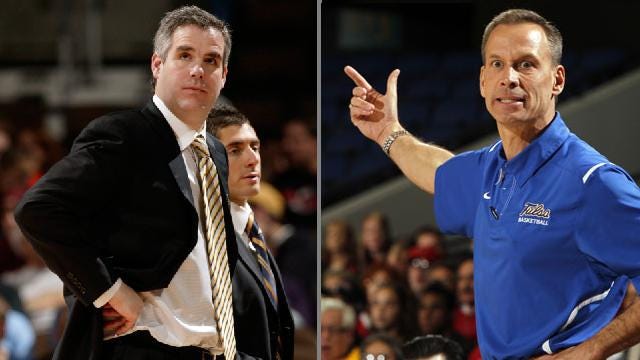 TULSA, Oklahoma – Oral Roberts and Tulsa have agreed in principle to a six-year deal of home-and-homes for their men's basketball teams to face each other, the schools announced Monday.

The series was supposed to start this year, but the two schools couldn't agree on a date for the first game, Tulsa athletic director Bubba Cunningham said.

"Most of our other home-and-home series dates are established at the signing of the contract," he said. "We're doing the same for the Tulsa-ORU series. We are pleased that we now have dates contracted for the next six years."

The two teams have faced each other 47 times in the past, including each of the last 21 seasons.

Tulsa leads the overall series by a 31-16 margin.