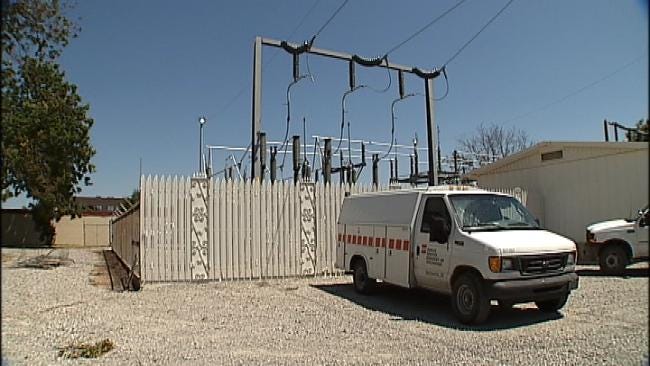 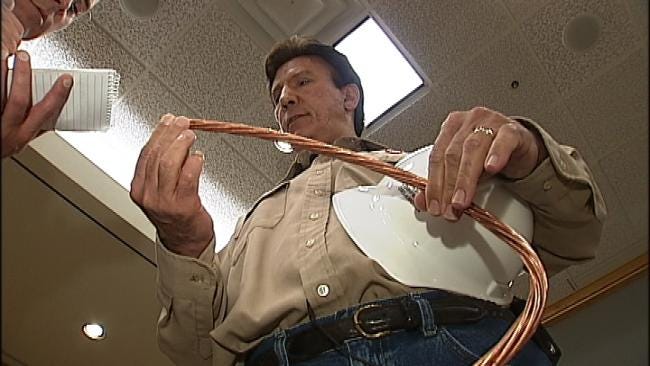 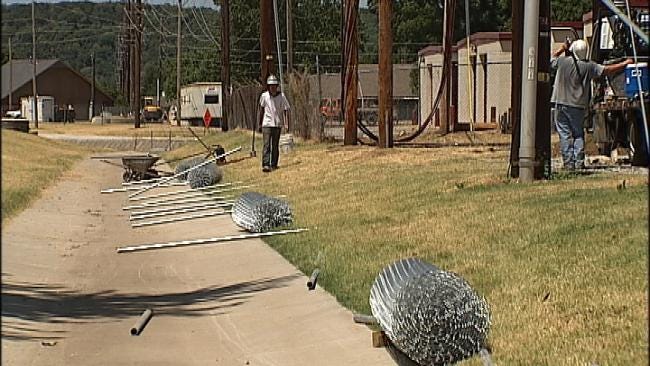 TULSA, Oklahoma -- Public Service Company of Oklahoma says someone stealing copper wire caused a major power outage in Tulsa Sunday night. More than 8,000 homes were without power for up to three hours.

PSO has substations all over town and lately they've been having averaging a copper theft about once a week. But they say it's getting more dangerous, with thieves cutting into energized cables and causing significant power outages.

PSO moved in a portable substation and started repairs after thieves damaged equipment and shut down power for thousands of people. The power is back on now. And a new fence is going up around the building.

Sometime before Sunday night someone broke into the substation building to get to heavy, pure copper wire called 4-0 stranded. It's worth $3.50 a pound as scrap, but to get it, criminals have to take a life or death chance.

Monday, PSO announced a $5,000 reward for information on the crime. They're increasing security to prevent theft and working with law enforcement to target the sellers and buyers of scrap copper.

"People who do this type of crime end up talking about it. And when they start talking people need to listen and key in on what they're saying and report that back to us," said Tulsa Police Officer Jason Willingham.

The theft at the south Tulsa substation was the second one to cause an outage in the last two weeks. PSO says it's surprising the thieves have made it out alive because the wires were energized. Cutting through them damaged half the equipment in the substation.

"They severed a 4-0 conductor similar to this, which was carrying current, and we're suspecting that's the last thing they cut because at that point they would have received an electric shock across where they severed the conductor," said PSO Spokesperson Paul Avanessian.

The theft came during peak demand, so the crippled substation didn't have capacity to carry the load and shut down. It took 3 hours to get the power back on - and repairs will take much longer.

PSO said it's replacing pure copper wire with less valuable "copper clad" wire in substations. The $5000 reward is available for even anonymous information, through Crime Stoppers at 596-COPS.