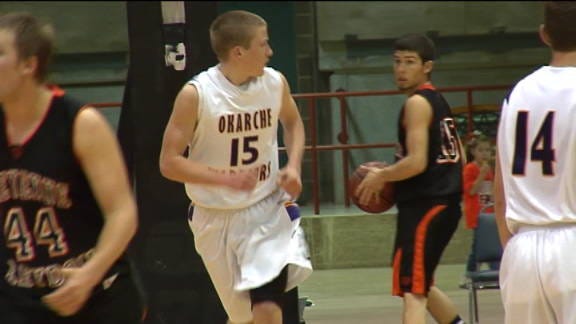 ENID, Okla. -- It was all Cheyenne-Reydon in the Area I championship, as the Bears blew out Okarche 55-31 to advance to the state tournament for the second straight year.

Okarche's Austin Kretchmar hit a three to open the game, but that was about all that went right for the Warriors.

Cheyenne's Jake Moler was too much for the Warriors, he scored nearly half of the Bears points with 26 points. Austin Thrash added 10.

Kretchmar led the Warriors with nine.

It will be the Bears' sixth State Tounament appearance.

Okarche will play Okeene for the Area Consolation at 8:00 on Saturday at the Chisolm Trail Expo Center in Enid.