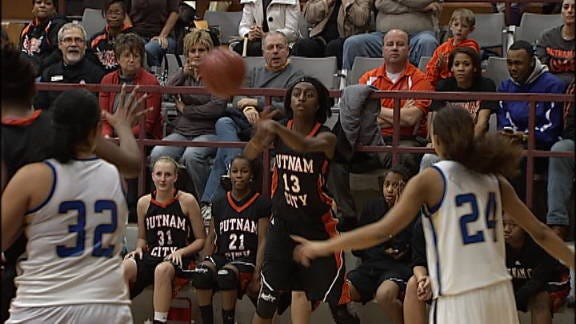 Choctaw should have been able to close it out in regulation, but missed six of its last seven free throw attempts in regulation to allow the Lady Pirates to stay in the game. With just two seconds left in regulation, Putnam City’s LaShawn Jones hit a turnaround jumper from the paint to force overtime.

PCO would hit a pair of free throws to push the advantage to three points, but Sidney Wyatt connected from behind the arc to tie the game 50-50. Megan Schrock hit a layup with less than 25 seconds left in the second overtime to give the Lady Jackets a two point lead, but Jones would come up big again for Putnam City.

The senior forward hit yet another buzzer-beater to send the contest to overtime and took over in the third overtime, finishing the game with 24 points.

With the win, Putnam City is locked in for a spot in the area tournament, but can claim a Regional Championship Saturday against Edmond Memorial at 1:30 p.m.