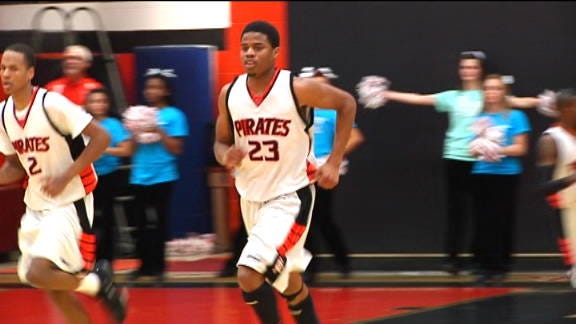 OKLAHOMA CITY -- Putnam City and Putnam City West both won close games over each other earlier this year, but Friday’s matchup never hit nail-biting time. The Pirates jumped out to a 37-19 lead at halftime and went on to defeat the Patriots, 72-56.

Putnam City’s Dominique Rainey played in his final game at home and led all scorers with 30 points, including four 3-pointers in the second half.