Bulldogs Bulldoze Hartshorne in Round Two 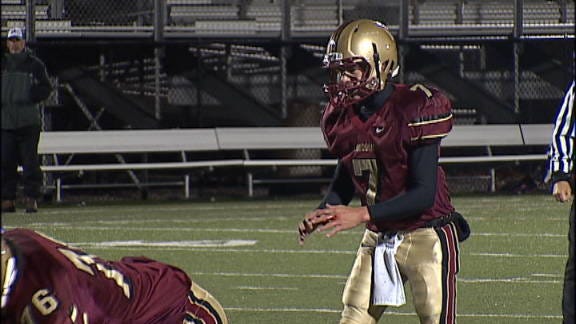 TULSA, Oklahoma – The Lincoln Christian Bulldogs made quick work of the Hartshorne Miners in the second round of the playoffs Friday night, winning 53-0. The win was Lincoln’s seventh straight in the postseason.

Running back Zack Simmons scored three touchdowns in the first half to help the Bulldogs build a 25-0 halftime lead. His fourth score of the night increased that lead to 39-0 in the fourth quarter.

The win sets up a rematch of the Bulldogs’ most competitive playoff game from last season. The Bulldogs needed a last-second field goal to beat Davis on the road a year ago. The same two will battle in the third round next weekend.

Hartshorne ends its season at 6-6.

Bulldogs Bulldoze Hartshorne in Round Two