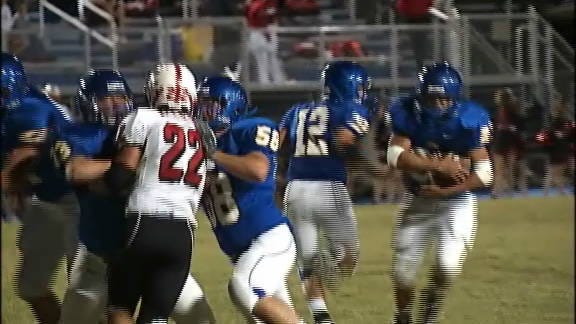 PRYOR, Oklahoma – The Pryor Tigers jumped out to an early lead and held on for a 21-7 victory against rival Claremore on Friday.

The Tigers led 10-0 at the end of the first quarter, thanks to an early field goal and a short touchdown run from Pryor’s Dakota Cox.

Pryor won its first district game and evened its record at 3-3 overall. The Tigers will head to East Central for this Friday’s game.