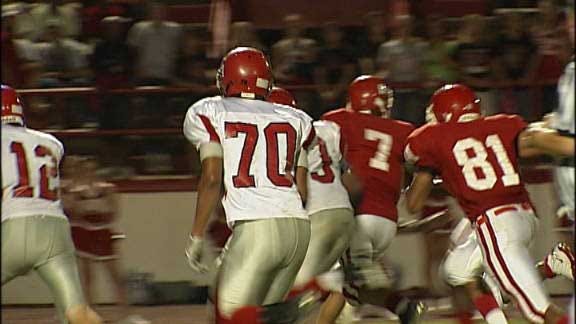 The Titans (2-1) started the scoring after Dwight Dobbins forced the game’s first turnover with an early interception. Keaton Wittington scored on the ensuing drive to take a 7-0 lead, and it was all Carl Albert from there.

Carl Albert lost its first game of the year 12-10, but has since won its last two games by a combined score of 76-16. The Titans will begin district next week against Western Heights (0-3). Duncan will also open district play against Capitol Hill (1-2).