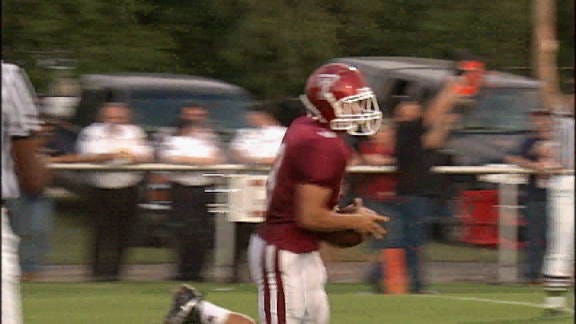 TUTTLE, Okla – In what might have been the most exciting game of the year so far, Tuttle defeated Elgin 30-29 in a double-overtime thriller.

The teams were tied at 22 heading into the first overtime.

Tuttle (2-1) came back to score and then went for two after calling a timeout. Quarterback Tanner Koons converted to give the Tigers the one-point victory.

The Tigers struck first in the victory with Grant Glasser going for a one-yard touchdown to give his team a 7-0 lead.

Afterwards, Tuttle’s defense came through, hauling down Elgin punter Dakota Pearson in his own end zone to go up 9-0 on its way to a victory.

Former Tuttle and OU quarterback Jason White was in town to watch his alma mater in the victory.