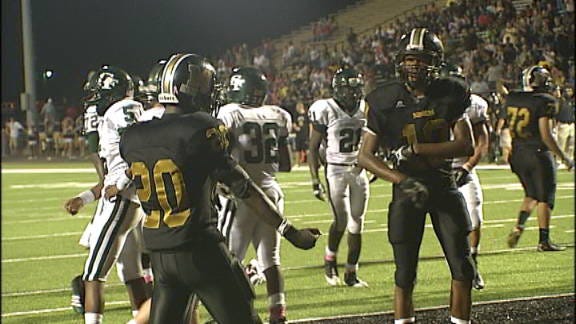 Midwest City (3-0) held a slim 13-6 lead halfway through the third quarter, led by running back James Flanders, but the end of the game belonged to quarterback Greg Austin. The senior signal caller connected with Trez Colbert and Trevon Lewis on successive drives – with a two-point conversion by Flanders – to take a 26-6 lead.

The Bombers put the Wolves (0-3) away with their third touchdown in a two-minute span when Cameron Hishaw recovered a fumble in the endzone to take a 34-6 lead.

Cajun Cox capped off the scoring for Midwest City with a three-yard touchdown run to take a 41-6 lead in the fourth.