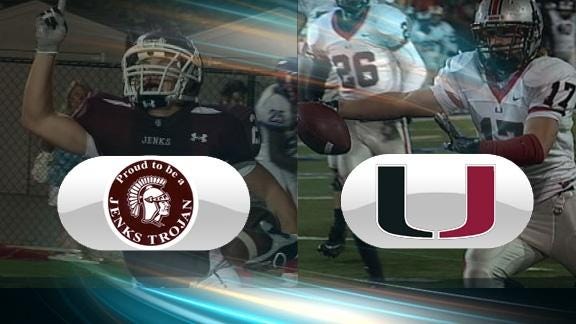 TULSA, Oklahoma – It’s the game that needs no introduction. It’s Jenks vs. Union.

Oklahoma high school football’s version of Ali – Frazier pits the two 6A powers against each other this Friday night in a battle that has become an annual precursor to the championship game.

One of these two teams has worn the 6A crown every year since 1996, and both are off to great starts in 2010. Jenks pounded Bixby at home in its opener 65-7, while the Redskins traveled to Shreveport, La. and beat up on Pelican State power Evangel Christian.

The MidFirst Bank Backyard Bowl is normally played on campus at the University of Tulsa, but because the Golden Hurricane hosts Bowling Green on Saturday, the Trojans and Redskins will play at Union-Tuttle Stadium for the second time in three years.

Redskins players and coaches seem to think that’s a huge deal because Jenks will be forced to deal with the deafening crowd.

Sound off on the Backyard Bowl in our High School Football forums.