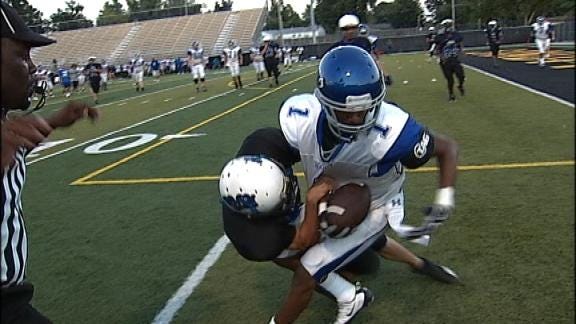 SAND SPRINGS, Oklahoma – Sapulpa used a strong offensive performance to down NOAH 14-7 in a scrimmage at Sand Springs High School on Friday night.

The Chieftains showed shades of an offense that averaged 23 points per game last year. Sapulpa scored first when Lance Simmers ran the ball in from three yards out. The Chieftains worked their way down the field on the drive with runs and passes to a variety of wide receivers.

After a mixture of run and pass on the next drive, Austin Edwards went to the air and found Levi Pickering on a slant route for Sapulpa’s second touchdown of the game.

NOAH added a late score, but time ran out on the Jaguars.