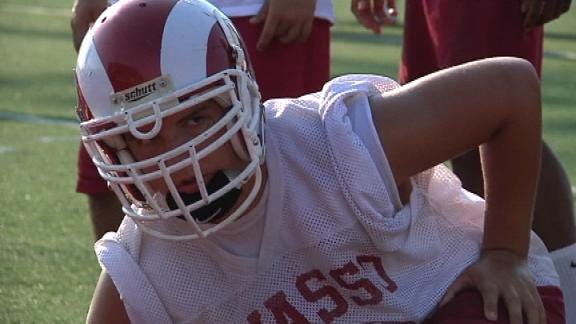 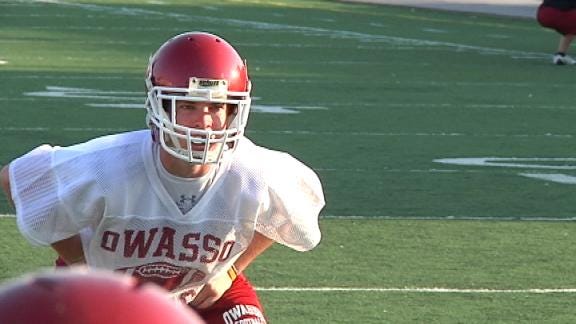 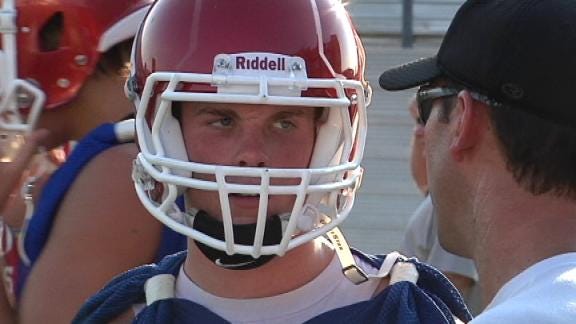 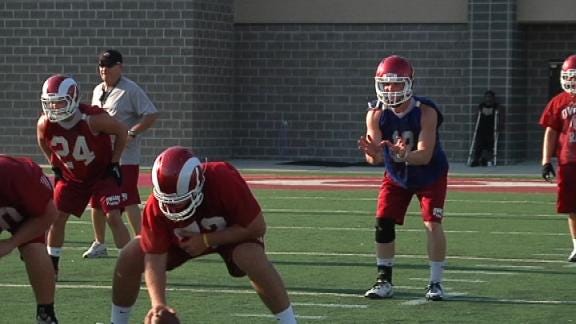 TULSA, Oklahoma – The 2009 season hurt for the Owasso Rams. Slowed by injuries, they limped into the season. They limped during the season when more injuries piled up. They limped out of the playoffs after Bartlesville spanked them on their home turf.

Needless to say, every Rams player is happy to see the calendar flip over to 2010.

“It’s always been exciting, but this year more so than ever,” said senior nose tackle Wade Van Pelt. “We’ve worked harder than we ever have before. We’ve had more equipment to use than ever. We’re a lot stronger.”

Head coach Bill Patterson admitted that a lack of overall team strength may have led to all of the injuries during last season’s campaign. The Rams’ starting quarterback, top offensive lineman and multiple defenders all missed key chunks of time during the season when the schedule was toughest.

Owasso stumbled a little bit out of the game against tough Broken Arrow, Jenks and Union teams. The Rams looked up at the standings after five weeks already a handful of games behind 6A’s top squads. They didn’t let it keep them down, rallying with a furious 4-1 finish to make the playoffs.

They lost to Bartlesville in the first Friday of the postseason, but learned from the adversity.

“I like to think that the thing that is different is that we are older and wiser and more experienced,” said Patterson. “Our kids had a great offseason and a great summer. We’re much stronger and more explosive than we were in the past.”

The marquee player on the 2010 roster is a guy that missed a lot of time a year ago. Senior Joe Lindsey anchors the offense as the starting quarterback, but he will also split out as a wide receiver from time to time. Lindsey missed the team’s first six games a year ago and took over under center for then-sophomore Kason Key.

The key to keeping Lindsey on the field is to keep him off the ground. Patterson is putting a lot of confidence in his offensive line to protect the team’s top player.

“They’ve got to be smarter and eliminate the missed assignments that plagued us so much in the early part of last year,” he said after practice on Thursday. “So, they’re going to be really key to the development of our football team.”

The players are fired up for another run at the playoffs.

“Everybody’s pulling in the same direction,” said Van Pelt. “There are very few people who are born with that talent, but what makes teams great is if you can make yourself have that talent and passion and that want.

“It’s not always the most talented team, but it’s who wants it the most and who’s willing to fight the most.”

PLAYOFFS: Lost to Bartlesville at home in the first round of the 2009 postseason.

BEST PLAYER: Joe Lindsey. The Rams’ standout will play quarterback, wide receiver and punter on occasion as well. The versatile talent will be key to Owasso’s success.

BIGGEST GAME: Week 1, September 3rd vs. Broken Arrow. It’s hard to overlook the season opener for any team, but especially when you play the Tigers. Last season BA pounded Owasso in the second week of the season 28-0. The Rams will be looking for some payback.