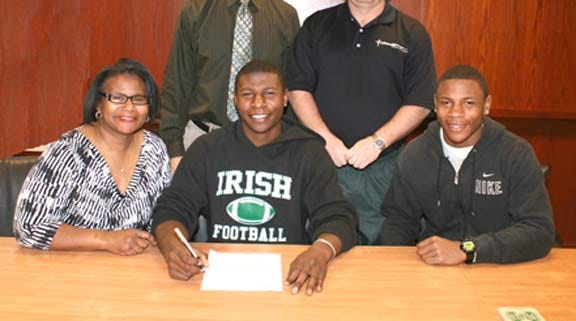 Whitney played for the Irish for two seasons after moving to Oklahoma City from St. Louis, MO. In his senior season at Bishop McGuinness he was selected to the Class 4A Little All-City team.

Whitney will graduate in May and plans to major in Aviation while at ECU.