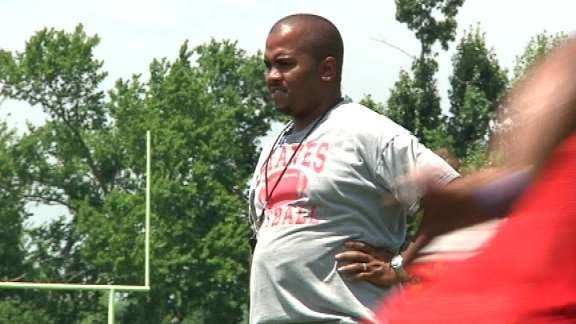 “He took a program from ghosts to life,” Idabel Athletic Director Jeff Coleman said. “He fit the criteria we were looking for here. We’re a program that’s been down over the years. We were looking for someone who’s been in a similar environment to ours and he revitalized the Tulsa Central program.”

Russell went 16-15 in his three seasons at the head of the Braves program. Russell led Central to its first playoff appearance since 2003 and also served as the school’s Athletic Director.

He leaves Tulsa Central to take over a Warriors program that finished 2-8 last season and has won just seven games over the last three years.

“He took a program that was not very successful and he built that program to an 8-3 program last year and got in the playoffs and that’s what we’re hoping he can come in and do with our kids,” Coleman said. “[Russell] said that he like our small town atmosphere. He told me that this would be a good place to raise his family and I think that’s what attracted him.”

The move did not come as a surprise to one player.

“I was the first person to know,” Braves quarterback Demarco Cobbs said in a text message to Oklahoma Sports.