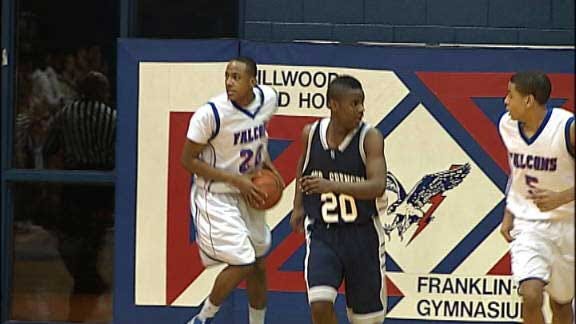 MILLWOOD, Oklahoma – In a showdown of top-three teams from Classes 4A and 3A, the Millwood Falcons escaped with a 57-54 victory over Star Spencer Friday.

Millwood, which came into the night ranked No. 3 in Class 3A, was led by Delford Robinson with 18 points. Teammate Michael Ervin added another 12.

Darrius Bryson led Star Spencer with 16 points. The Bobcats entered the night ranked No. 2 in Class 4A. This is the second time this season the Falcons and Bobcats have met, and both have ended in three-point victories for Millwood.