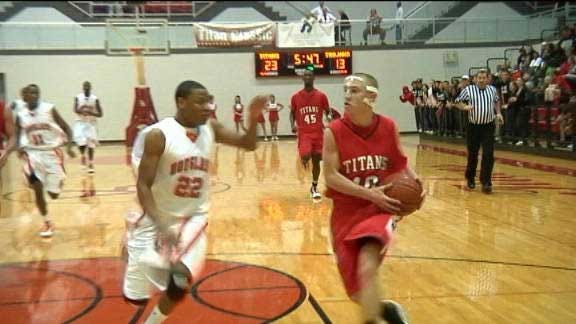 MIDWEST CITY, Oklahoma – Douglass’ undefeated record and reign atop Class 4A was in doubt against Carl Albert Friday, but the Trojans fought back to win 57-48.

Douglass trailed by as much as 12 points in the first half, but Carl Albert could not hold off the Trojans. Douglass will now move on to face Guthrie in the finals of the Titan Classic.