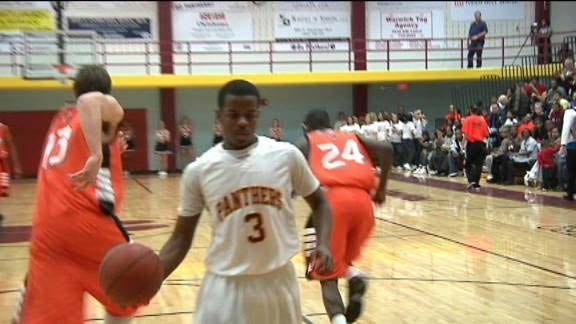 OKLAHOMA CITY -- It was a quick turnaround for the third ranked Putnam City boys. The Pirates fell to Putnam City West 67-57 in the Putnam City Invitational Finals on Monday Night and were forced to forget the loss quickly to face the other crosstown foe Putnam City North on Tuesday night. The defending state champs were able to bounce back and get back in the win column defeating PC North 78-64.

Eleventh ranked Putnam City North jumped out to an early lead and led 14-10 after the first quarter. But the Pirates would pick up the pace in the 2nd quarter, heading into halftime with a 35-26 lead at half.

The Pirates came out of the locker room on fire, opening up with back-to-back-to-back dunks thanks to Dominique Raney and Trey Payne. They would go up by as much as twenty in the third quarter.

Brian Brown led the Pirates with 22 points. While Raney added 19.