6A Football Year in Review 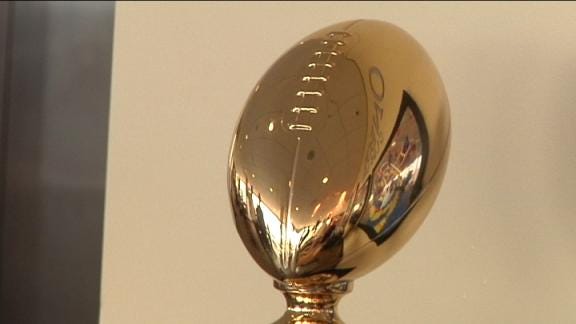 OKLAHOMA –2009 was a great year in 6A high school football. A couple of teams surprised everyone with how well they played. Others didn’t perform up to their abilities. In the end, two familiar teams squared off for the title. Union topped Jenks 52-19 to claim its fifth gold ball of the decade. Here’s a wrap-up of the season-that-was in Class 6A:

The Redskins shocked just about everybody with how they played in the title game against Jenks. Few expected Union to score over 50 points and cruise to another gold ball the way they did. Jenks entered the title game undefeated, but never got on track thanks to swarming Redskins defense. The championship splits the decade between Jenks and Union, with each school claiming five crowns apiece. Nobody besides the Trojans or Redskins has won the gold ball since 1995.

Heading into the fall, expectations outside of Bartlesville didn’t really rise much higher than a .500 record for Ron Smith’s Bruins. Those expectations changed quickly after Bartlesville won its first seven games before losing to Jenks in Week 8. The Bruins turned heads with the duo of Michael Thompson and Kirby Schoenthaler leading an offense to 34.6 points per game. The Bruins lost two of three heading into the playoffs but beat Owasso on the road in round one before falling to the SaberCats in round two. Next season the Bruins will be without Thompson and some key offensive lineman, but returns Schoenthaler and a defense that held five opponents to 14 points or less in 2009.

A lot of teams could have slipped into this category, but the Roughers fell hard in 2009. Muskogee didn’t make the playoffs for the first time since 2002 after struggling through an above-average non-district schedule. After losing tough games to Union and Owasso, Muskogee’s troubles continued in district play against Bartlesville, Broken Arrow and Jenks. With much higher preseason expectations than a 3-6 finish, the Muskogee Roughers are this season’s biggest letdown.

Jenks’ quest for a perfect season and another state title didn’t work out after losing to Union in the title game, but you can’t blame that on Zack Langer. The junior running back racked up over 2,200 yards and 37 touchdowns this season for the Trojans. Against Bartlesville in Week 8, Langer scored seven touchdowns, leading Jenks to a 63 point output. In the playoffs, he was equally as impressive. His 829 yards and 10 scores on the ground led Jenks to another title game appearance. He averaged 8.7 yards per carry in 2009, and is this season’s Oklahoma Sports 6A OFFENSIVE MVP.

The heart and soul of the Union Redskins’ championship defense was Bobby Lind. The senior led the ‘Skins to a pair of titles the past two years and was spectacular during the playoffs in 2009. Lind finished the season with 96 total tackles, including seven sacks. He also recovered a fumble and intercepted a pass during the season. His unit held a Jenks offense that had been averaging over 45 points per game, to just 19 in the title game. His 9.5 tackles against Jenks pushed Union to the title, and that’s why Bobby Lind is this season’s Oklahoma Sports 6A DEFENSIVE MVP.

6A Football Year in Review