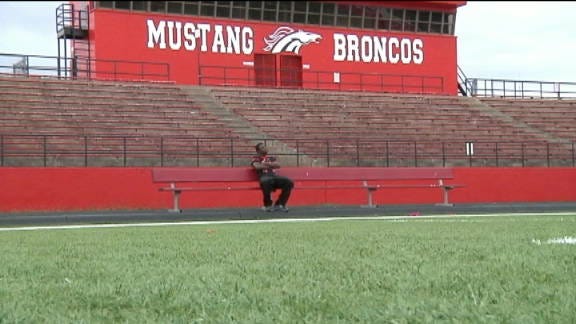 "I promised her I would go to college and play football," he said.

Farrow led the state in rushing in the 2008 season, but was declared academically ineligible for four games of his senior season. So he started to see the chances of fulfilling his promise to his mother slipping away. Farrow then decided to transfer to Mustang in hopes of getting things back on track.