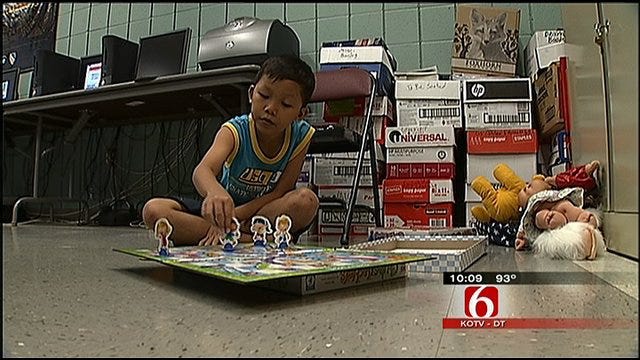 Cing Leng Nuam said, "The difference between America and Burma/Myanmar is like heaven and Earth. The difference is so vast and I have to adjust a lot of things."

Nuam has been here one month and had to leave her parents behind. She's struggling with the language barrier.

So YWCA Tulsa is helping Nuam and others like her to adjust. The agency is among 33 others chosen by the United States Committee for Refugees and Immigrants to receive a grant that helps refugees resettle into American society.

This will be the most stability they have known for a long time compared to Myanmar.

The YWCA said most of the refugees now in Tulsa came from refugee camps and are fleeing persecution from Myanmar's military regime, one of the most oppressive in the world.

If they pass American security clearances they end up here on refugee status.

The fear of rejection is one of the biggest obstacles.

"The feeling of being a stranger is a very difficult thing," Dr. Kham said. "No one will understand me and I won't understand their language."

The refugees receive temporary benefits like Medicaid and food stamps until they get a job. The transformation is quick.

She hopes her parents can join her soon.