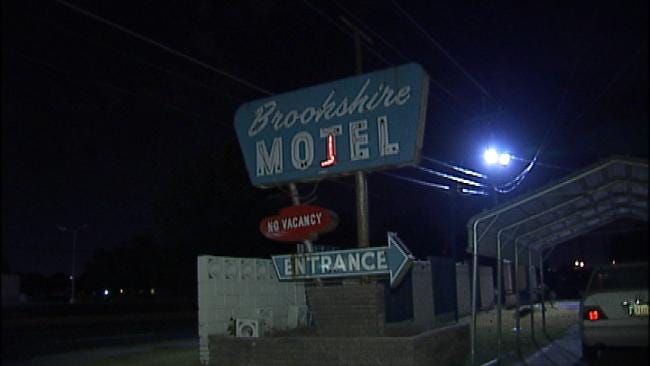 TULSA, Oklahoma -- Tulsa police are searching for a suspect after a man was robbed at gunpoint in an 11th Street hotel late Tuesday night.

Police say a man and woman were in a Brookshire Hotel room at 11th and Garnett when the woman called a friend on her cell phone, according to Sergeant Mark Watson with the Tulsa Police Department.

The friend arrived about 10 minutes later, wearing a ski mask and kicking in the hotel room door. The victim put up a struggle, and the suspect's gun went off during the fight.

The victim, who lost his cash, credit cards and jewelry, was not injured, Watson said.

The suspect took off, leaving the woman behind. She walked away from the hotel, and police arrested her a short time later.

She identified the male suspect to police. Watson said the man was last seen driving a white Chevy Tahoe, possibly a 2006 model.