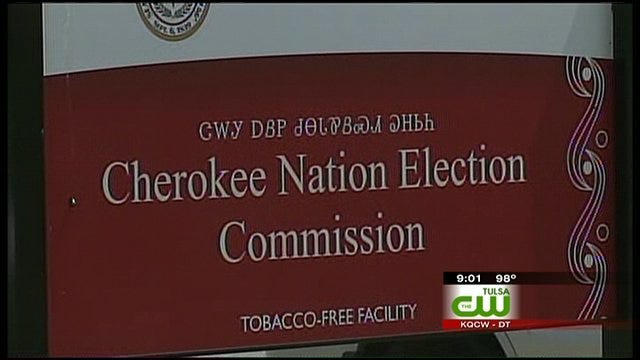 TAHLEQUAH, Oklahoma -- S. Joe Crittenden will be sworn in  as Deputy Chief of the Cherokee Nation after winning Saturday's run-off election, according to certified poll results. Crittenden received 6,748 votes to Chris Lee Soap's 5,706.

There is still no decision on when the new election will be held between Chad Smith and Bill John Baker for Principal Chief. According to an opinion by the Cherokee Attorney General Diane Hammons, the deputy chief will assume the duties of principal chief should that office expire before a new election can be held.

Other official results listed on the Nation's web site:

Cherokee Nation voters were back at the polls Saturday for run-offs the positions, including the race for the Deputy Chief.