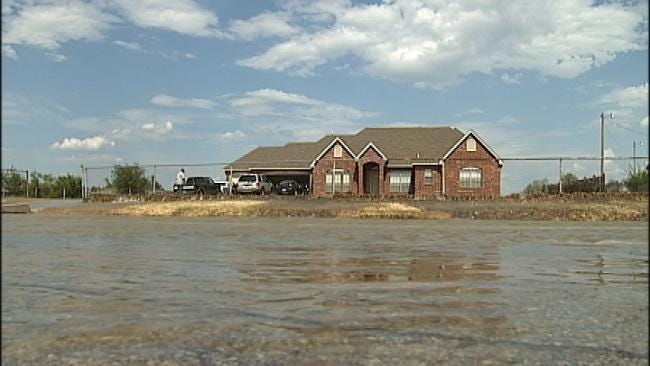 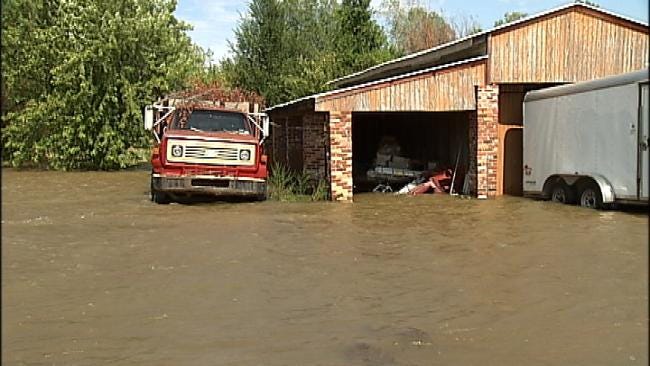 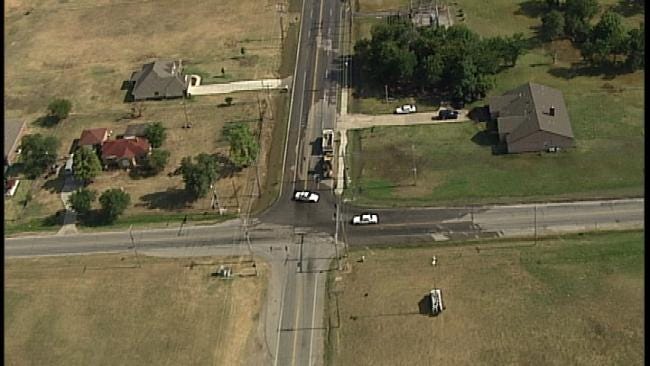 "I call it Armageddon for us. It really is. We don't need this," said homeowner Don Thompson.

He owns a house where the backyard is a muddy mess. At one point, water spewed like a geyser, four feet into the air.

SkyNews6 captured the water seeping its way through the neighborhood. No homes were affected, but Thompson's garage was hit.

"The water is three to four inches high in the garage and it's still rising," he said.

Officials say the line comes directly from the water treatment plant, but the city says the break shouldn't cause problems at the Mohawk facility or affect supply.

"What we've been seeing the last week, week and a half -- most of our breaks have been pressure related,"said John Richardson of Tulsa Public Works.

Crews on scene shut off the water and began repairs, but that could take a while.

"A good rule of thumb, if everything goes the way you want it to: an hour an inch. This is a 36-inch line so 36 hours," Richardson said.

People living nearby could be without water until Monday morning. The city does not know how many people are out of water at this time.