Wednesday Morning Crash Backs Up Traffic On Highway 11 In Tulsa 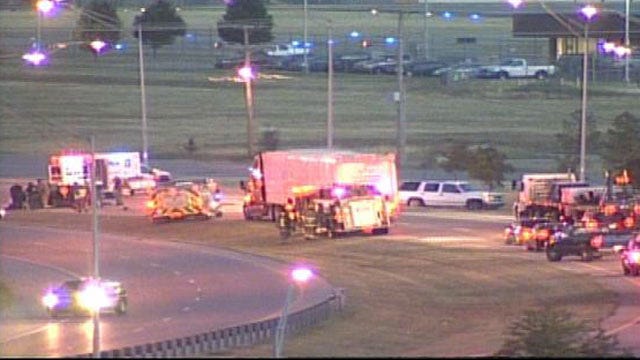 TULSA, Oklahoma -- An injury crash involving a car and an SUV closed the westbound lanes of Highway 11 just past the Virgin Street exit Wednesday morning.

Tulsa firefighters had to free one person from the car.  That person and another passenger from the car were taken by EMSA to a Tulsa hospital.

EMSA spokesperson Chris Stevens said a 36-year-old man was transported in serious condition and a 54-year-old critical condition.  Their names have not been released.

Police say the car ran off the road into the SUV, which was parked on the side of the road.

Witnesses told police a person in the SUV ran away after the crash.  Police believe that person was burglarizing the SUV at the time of the crash.

Wednesday Morning Crash Backs Up Traffic On Highway 11 In Tulsa