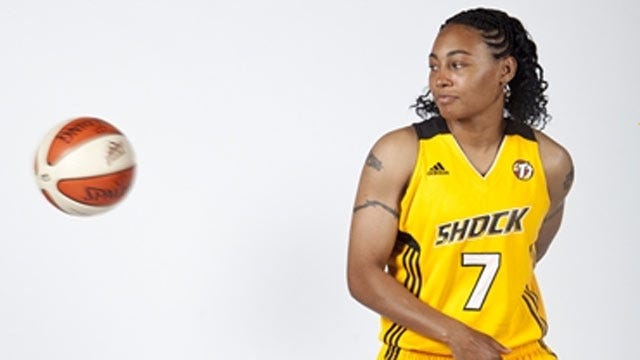 In order to make room on the roster for Lennox, the team waived its third round selection Chastity Reed.

Lennox returns to Tulsa after participating in training camp, but not making the roster earlier this season. Reed averaged 3.5 points in 13.2 minutes a game this season

"I think Betty will bring the ability to score to our young team this season," Interim Head Coach Teresa Edwards said. "She has proven ability to take over a game if necessary and that's what we are hoping she will do for us this season."

Lennox led the Seattle Storm to a WNBA Title in 2004, averaging 14.6 points, 3.6 rebounds, 2.6 assists and 1 one steal per game in the playoffs en route to being named the Finals MVP.

Originally drafted by the Minnesota Lynx in 2000, Lennox was named the Rookie of the Year, made the All-Star team and was All-WNBA Second Team in just her first year in the league.

Lennox appeared in 11 games for the Sparks in 2010 before suffering a knee injury that caused her to miss the remainder of the season.