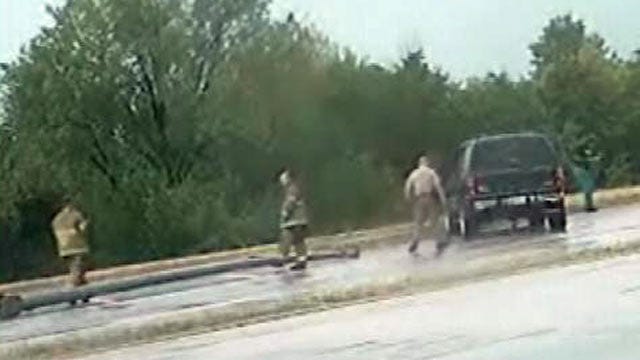 TULSA, Oklahoma -- The southbound and northbound lanes of U.S. Highway 75 at Apache were the scene of several crashes Wednesday morning.

Tulsa Police, firefighters and EMSA were all dispatched to the scene.

One of the crashes involved an SUV and a light pole in the southbound lanes.   Another crash involving two cars in the northbound lanes slowed traffic in both directions.

No word if anyone has been injured.

Tulsa Police say wet roads were a contributing factor in both crashes.