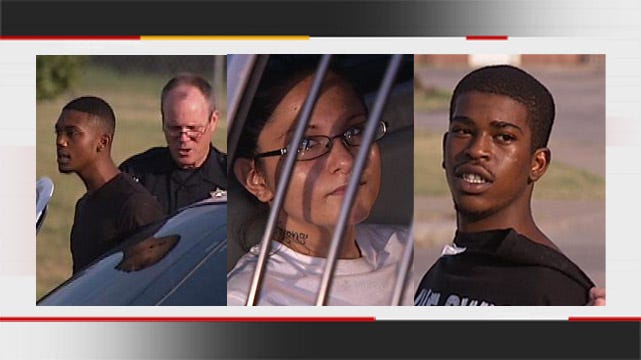 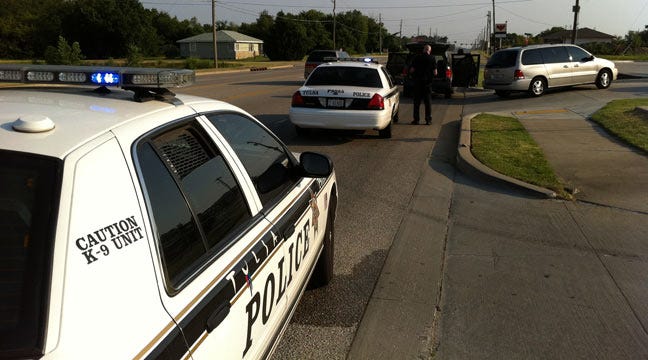 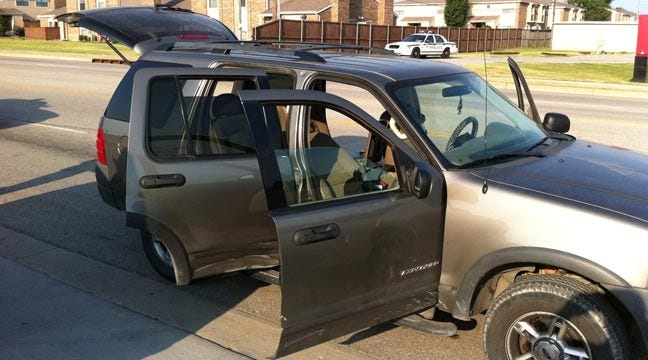 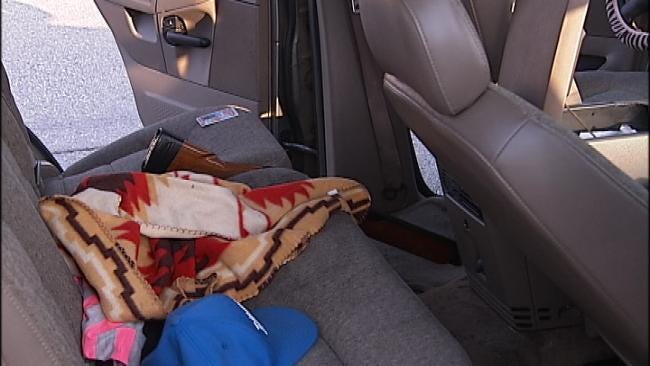 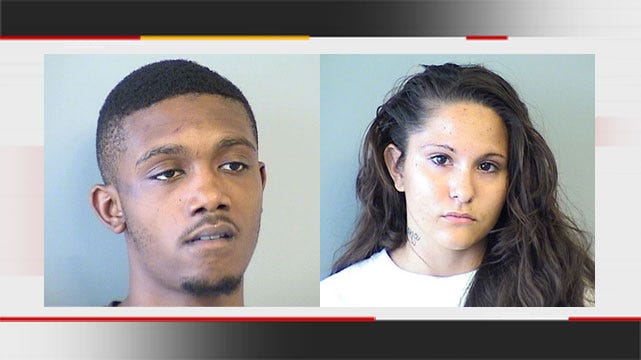 TULSA, Oklahoma -- Tulsa police have captured suspects in a series of overnight armed robberies Saturday. The suspects are thought to have robbed people in the parking lots of several Tulsa businesses and carjacked two vehicles.

They have been identified as 19-year-old Cort'z Blalock, 19-year-old Ashley Anderson, and Demarco Hunt, age unknown. Police are still looking for 17-year-old Laron Smith who is also a suspect in the robberies and carjackings.

Blalock and Anderson have been booked into Tulsa County Jail on three counts of armed robbery. Information is not available on Hunt as of early Saturday afternoon.

Police say they got reports of armed robbery and attempted carjacking at the Walmart at Interstate 244 and Memorial at about 6:30 a.m. They say three suspects approached two victims, robbing one of them.

The men attempted to steal the cars of both victims but were not successful.

About thirty minutes later, police were notified of an armed robbery in the parking lot of the Sam's located at 71st and Mingo.

A police officer was near the scene, and she quickly pulled over the suspect vehicle, a brown SUV. Three men got out of the SUV and ran in different directions. The female driver remained in the vehicle.

Due to descriptions of the suspects and the weapons involved in the robberies, police say the crimes are connected. A shotgun was recovered in the back of the SUV.

A K9 officer found the two suspects that fled the scene to the east. Those two men and the female driver are in custody.

Police believe the suspects are also responsible for two overnight carjackings, one in the parking lot of the Traveler's Bingo at 3025 S. Sheridan. At about 4:30 a.m., a man cleaning the building went out to his car to get something when he was approached by the suspects.

"He thought they were going to kill him, but they didn't. They beat him with a gun and left him lying there," Corporal Vallely said.

Two of the suspects were described as black males in their late teens to early 20s, one about 5'4" and the other about 5'6". Both were dressed in black shirts and described as "very slender," Vallely said.

She did not have a description of the woman who was arrested but said that witnesses reported her to be with the men at the Walmart and at a Burger King restaurant parking lot where a victim was also robbed.

"Once we got the second or third call, we knew these guys were not going to stop until we made them stop," the corporal said.

One of the stolen vehicles has been recovered. Police are still searching for the fourth suspect.

The other suspects were taken to the detective division for questioning, Vallely said.