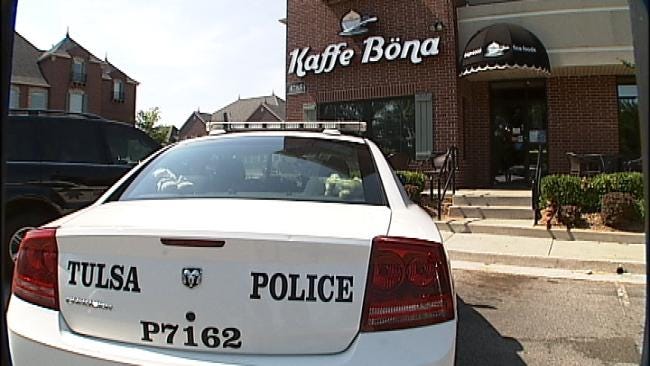 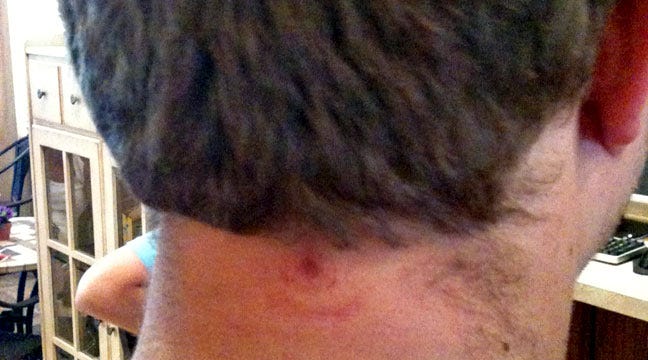 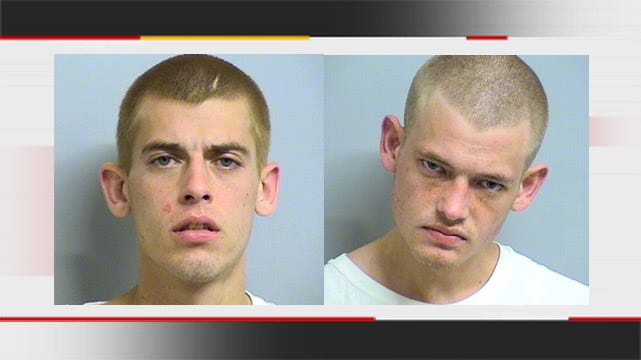 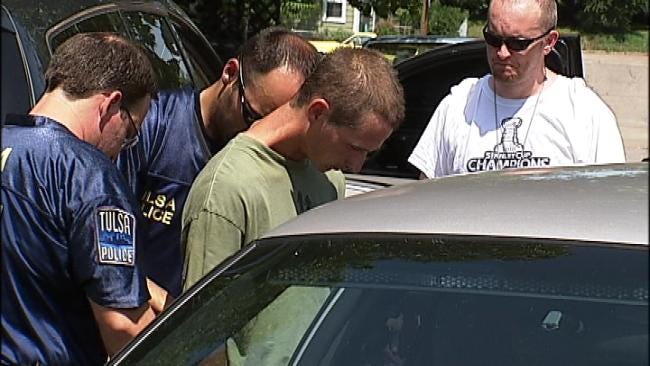 A third suspect, Robert Tart, was taken into custody Thursday afternoon at a home near Atlanta Place and Queen Street.

"At least right now we're looking at probably at least two counts of armed robbery and obviously we'll be looking at other armed robberies that are still unsolved to see if he's related to those as well," Jason Willingham, with Tulsa Police, said.

Tulsa police believe the men are involved in the robbery of the Kaffe Bona at 91st and Yale. Two men entered the café, ordering customers and staff to the floor and robbing them at gunpoint.

"A couple of patrol officers on the north side had stopped them eight hours after the Kaffe Bona robbery and took some photos of them because the suspects had some warrants," Sergeant Brandon Watkins said.

"The employees are taking a little sigh of relief," Tonnie Hayes, an employee at Kaffe Bona. "Not that we thought they'd be back but just that they're in custody and we don't have to worry about them any longer."

Members of the coffee shop staff who were victimized in the robbery are currently on leave as they recover from the incident, according to a Kaffe Bona employee.

"One of them grabs me with the gun," Rob Smith, an Kaffe Bona employee injured during the robbery, said.

Security cameras captured one robber forcing employee Rob Smith into the back room.

"You're coming with me. Come with me. Don't look at my face," Smith recalled.

The robbers ripped Smith's shirt, demanded him to open the safe, and when he couldn't, the violence escalated.

"They had me down on the floor over there with the gun at the back of my neck," he said.

The robber held the barrel of the gun to Smith's neck with such force the imprint left a behind massive bruise.

"I thought I might get shot when I was in the back room," Smith said. "And I found out later, one of the two guys - the guy that was holding down people in the hall - yelled, 'If he can't open the safe just shoot him in the neck."

Smith knows how quickly the armed robbery could have turned into a murder. He and everyone else at Kaffe Bona are ready to shut the door on the nightmare.

Kaffe Bona will be taking extra security precautions because of the robbery, including locking doors at certain times of day.